Billionaire fund manager Bill Miller has taken a significant position in Grayscale's Bitcoin Trust (GBTC), according to a new filing with the Securities and Exchange Commission (SEC).

The Miller Opportunity Trust owns 1.5 million shares of GBTC valued at $44.7 million. This represents about 1.55% of the fund's net assets.

Miller's interest in Bitcoin has grown considerably in the past year. In January he called investing in cryptocurrency a suitable risk management strategy in the current market climate. Weeks later, Miller said he couldn't see another asset with Bitcoin's combination of liquidity and upside potential.

In February the Miller Opportunity Trust first signaled its interest in taking a position in GBTC. At the time, the fund said it "may seek investment exposure to bitcoin indirectly by investing in the Grayscale Bitcoin Trust." That followed an investor letter Miller had circulated defending bitcoin.

Grayscale, meanwhile, has been battling premium issues this year as shares began trading at a discount. Investors have called for efforts to help get the fund back on track, including a modified Dutch auction tender offering. The trust is currently trading at a discount of -14.96%, according to data from yCharts. 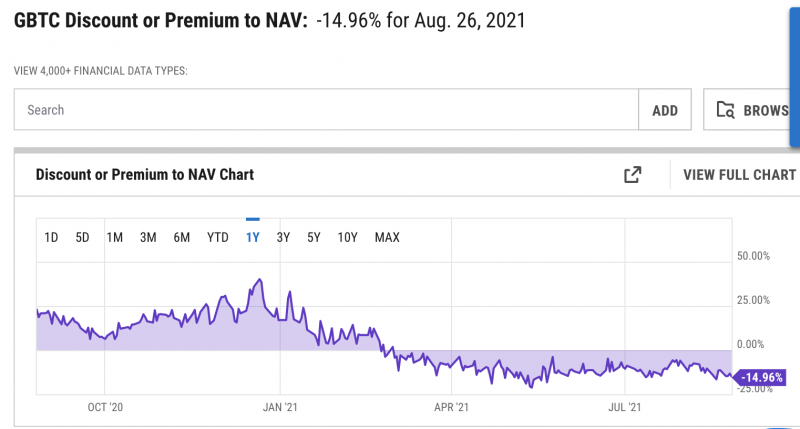