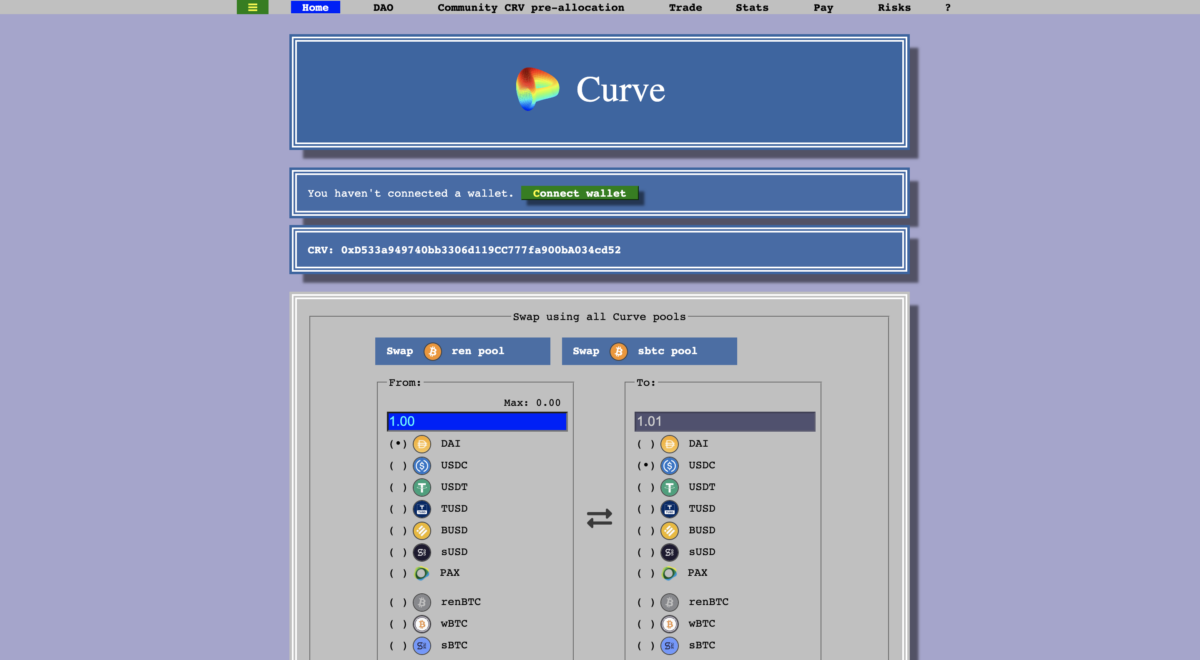 Earlier this week, Curve was forced to launch its governance platform and native CRV token early after an anonymous developer deployed its smart contracts without the knowledge of the Curve team. Since then, the platform has seen significant inflows of capital deposits as users attempt to collect CRV token rewards for their capital contributions.

According to data provider DeFi Pulse, the total value locked across DeFi protocol has passed the $6 billion mark. Curve is the second-largest DEX by trading volume. In July, the platform represented 24% of total trading volume across DEXes.