The European Parliament voted with an overwhelming majority in favor of a file to use blockchain technology to modernize taxation processes in the EU.
October 4, 2022, 7:44AM EDT
Policy
Layer 1s • October 12, 2021, 9:03AM EDT 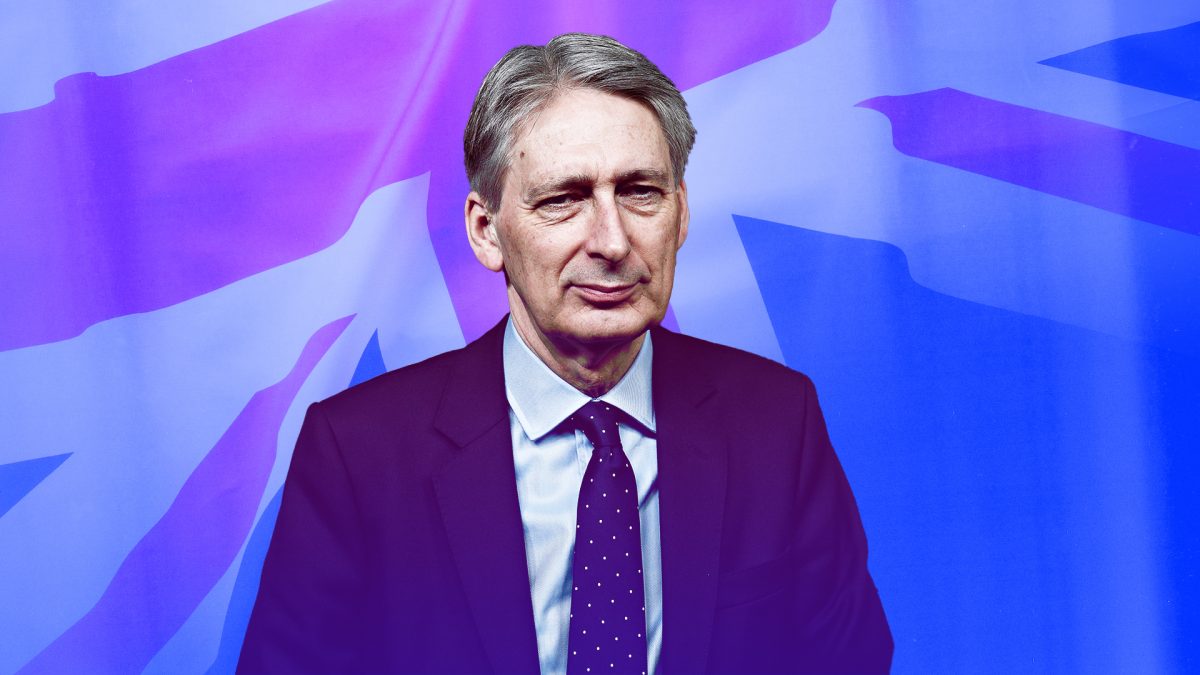 Lord Philip Hammond, the United Kingdom’s former Chancellor of the Exchequer, has warned that the nation’s finance sector is at risk of falling behind global rivals unless regulators do more to help firms embrace digital assets.

In a written interview with The Block, Hammond said that the dialogue among U.K. policymakers needs to shift “from talking about digital assets to implementing a legal framework that enables firms to embrace them.”

Regulators in Switzerland, Germany, Canada, the United States, Singapore and elsewhere are already exploring ways to do this, said Hammond.

“The U.K. is stuck talking about it, while others are doing it. This is a huge risk to the future success of the nation’s financial services sector,” he added. “As Britain grapples with the question of how to maintain its position as a global financial services position, post-Brexit, we must seize the opportunity that the digital revolution presents.”

Hammond has just taken a position as a senior advisor at Copper, the London-based crypto custodian catering to institutional investors that closed a $75 million Series B raise from investors including British billionaire Alan Howard earlier this year.

The Conservative Party politician — who served as Chancellor from 2016 to 2019 — will provide strategic advice to Copper as it expands internationally, as well as promoting the U.K. as a digital assets hub.

The U.K., and London in particular, has long been viewed as an attractive location to set up and run fintech startups. Hammond’s predecessor as chancellor, George Osborne, set up the lobby group Innovate Finance in 2015 to help boost a sector that went on to produce more than a dozen unicorns, privately-held startups with billion dollar valuations.

But the impact of Brexit coupled with regulatory constraints for crypto firms — including banning the sale of crypto derivatives to retail investors and an unwieldy anti-money laundering registration process — has led some crypto entrepreneurs to lose faith in the U.K.

Hammond, however, is optimistic that a comeback could be on the cards.

“The U.K., and London specifically, has a strong track record of embracing change to financial services. It’s what made the City what it is. Now we’re at risk of losing that edge to jurisdictions with more proactive legislative and regulatory environments for fintech innovation,” he said. “Working with Copper, I hope to demonstrate both domestically and abroad that London not only still has what it takes to dominate in this space, but that it is indeed setting the standard for how financial instruments could, and should, be securely transacted using DLT.”

Underpinning Hammond’s work at Copper is a belief in the transformative potential of the technology that powers cryptocurrencies.

“Our current system isn’t broken, it’s just massively inefficient,” he said, adding that companies and their customers bear the cost of that inefficiency. Hammond believes that the benefits of blockchain technology — namely, instant settlement and an immutable public record of transactions — will pave the way for faster access to financial services and real-time regulation.

Hammond said it is “too early” to forecast the usefulness of blockchain technology as the foundation for more recent innovations, like decentralized finance applications and non-fungible tokens. But he added that the transformative effects of “disintermediating the lending process” — cutting out intermediaries — are clear.

“What I will also say is that it’s very exciting to see that the innovation doesn’t stop with financial services; other verticals are driving change and exploring how the speed and security of blockchain-enabled ecosystems can broaden access and promote change,” Hammond added.

A spotlight on lobbying

Lobbying work by former politicians on behalf of fintech firms has come under the microscope in the U.K. recently.

Former Prime Minister David Cameron has been heavily criticised for his efforts to open doors for the since-collapsed supply chain finance firm Greensill Capital during the pandemic.

Hammond himself was subject to an investigation by the U.K.’s lobbying watchdog over his work for the fintech firm OakNorth, but he was cleared of breaking any rules. He told the Financial Times earlier this week that “everyone has taken on board” lessons learned from the Greensill debacle.