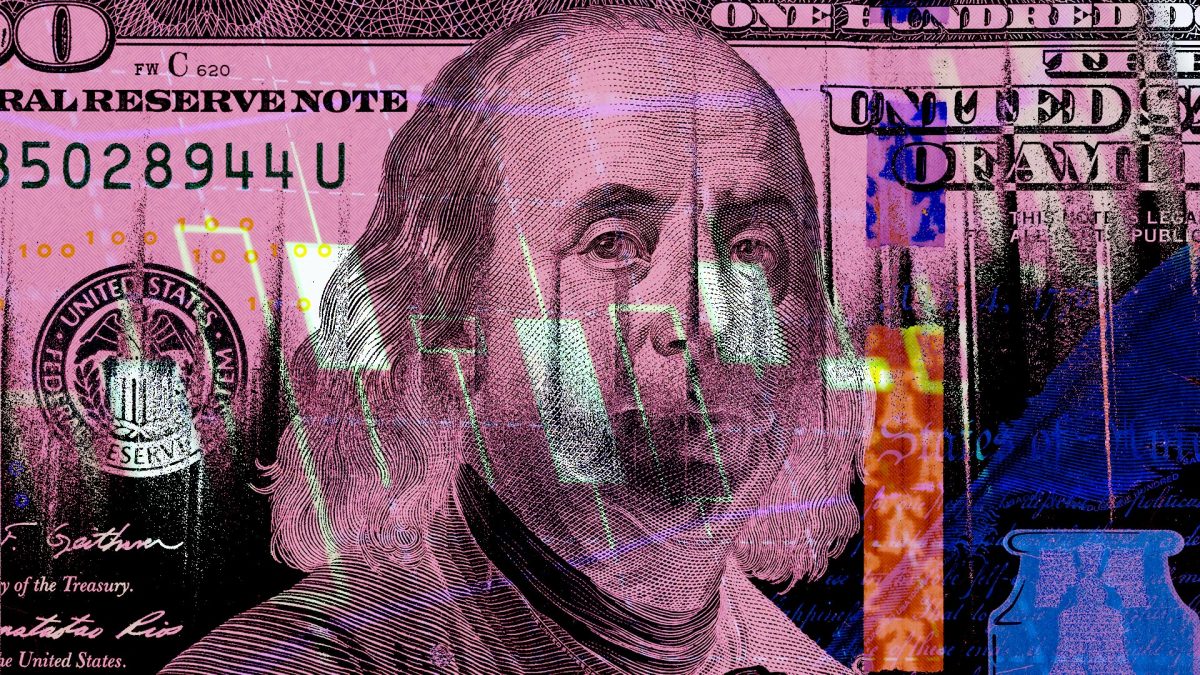 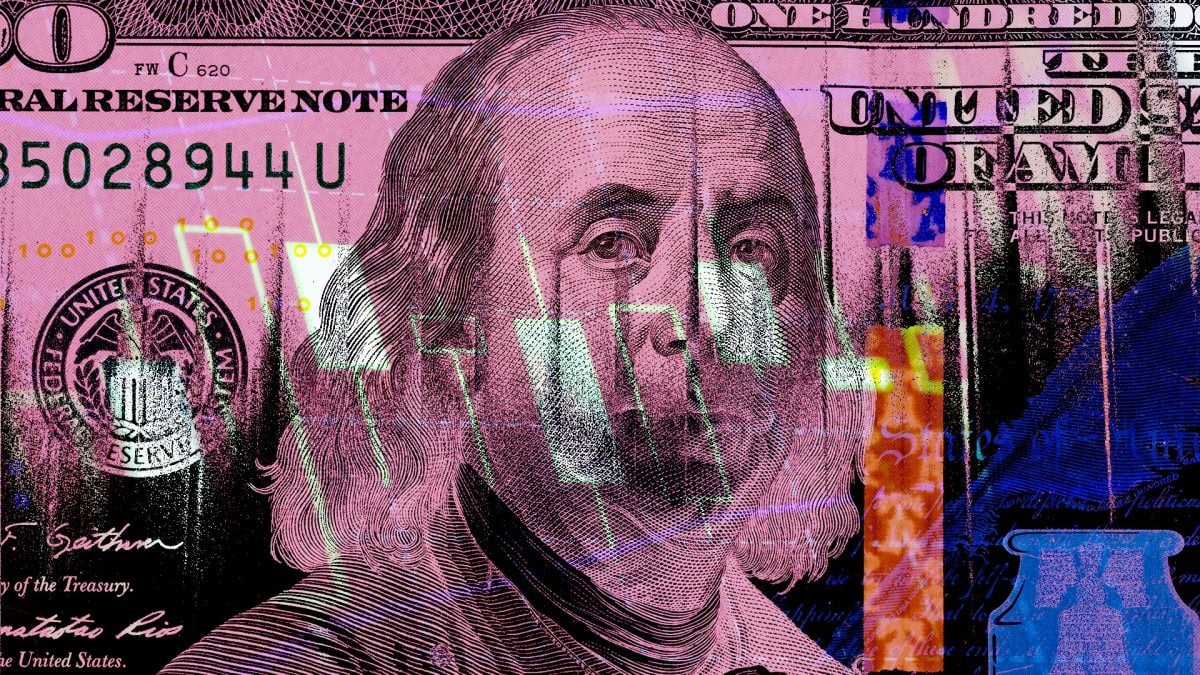 The crypto industry’s trade associations in the US saw a dip in their federal lobbying activity last quarter for the first time in years.

Per Senate lobbying disclosure reports, federal spending by crypto trade associations dipped from $1,034,663 to $917,406 between the last quarter of 2021 and the first quarter of 2022.

It’s only a 10% slip in total lobbying activity, but it means that Q4 was at least a local peak. 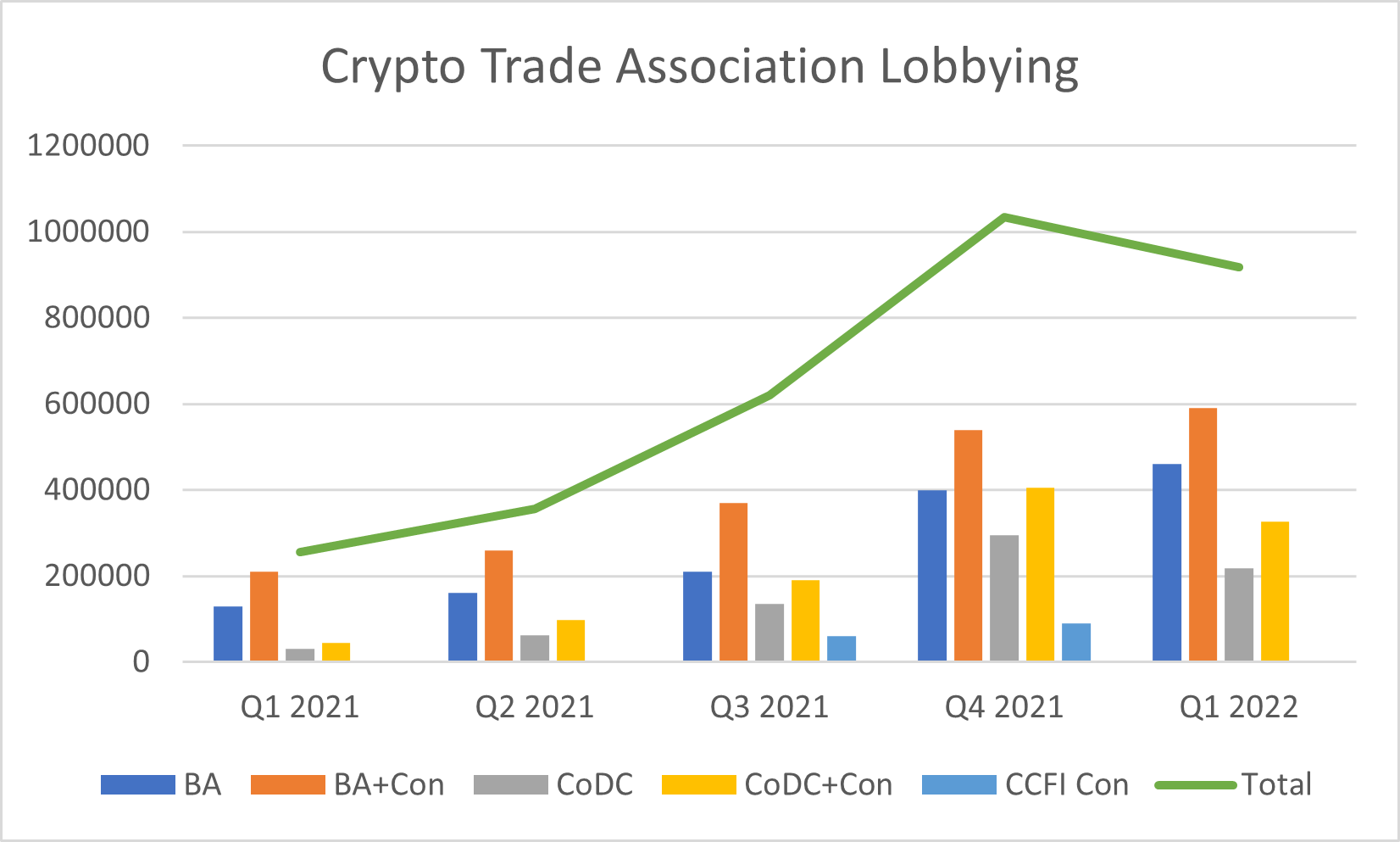 As The Block reported in October, 2021 saw a massive ramp-up in trade association spending. Many, including Blockchain Association executive director Kristin Smith, attributed the trend to a major push in response to cryptocurrency provisions that showed up in the infrastructure bill at the end of last summer.

The Blockchain Association was the sole crypto-focused trade association to increase total federal lobbying spending in Q1, with totals rising from $540,000 to $590,000. Those increases were due to expanded spending on internal lobbying and a new contract with Forbes-Tate Partners.

The Chamber for Digital Commerce, the oldest industry trade association, saw a dip in total spending from $404,663 to $327,406 over the same period, all due to decreased spending on the association’s internal lobbying.

The Crypto Council for Innovation reported the end of their sole lobbying contract — with Brownstein Hyatt Farber Schreck — in Q4 and has apparently not resumed action. The CCI has never reported spending on in-house lobbying activity, but the council has been busily staffing up in recent months and anticipates more lobbying work going forward.

“It’s a new team so we wanted to start fresh,” comms director Amanda Russo told The Block. “We’re actively hiring. So watch the space because there’s going to be stuff coming.”

Though total figures for trade association lobbying in Q1 are lower than Q4, they remain far above Q3’s total of 621,000.

Per the Lobbying Disclosure Act, these associations must report spending on a surprisingly limited range of activities. Their total spending on government relations is significantly higher.

For example, the largest lobbyist, the Blockchain Association, reported funding of almost $8 million in 2021, while in the past year its lobbying disclosures totaled $1,760,000.

Representatives for the Blockchain Association and the Chamber for Digital Commerce had not returned requests for comment as of press time.