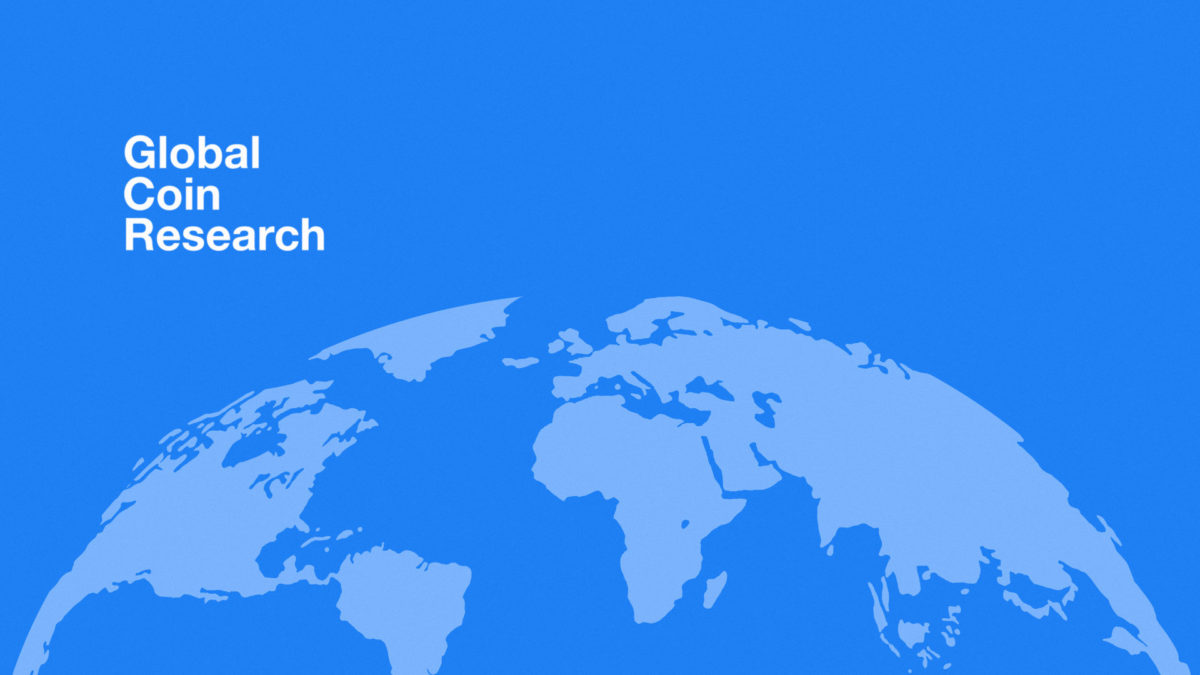 This twice-weekly newsletter is republished with permission from Global Coin Research, a global research firm with a focus on Asia blockchain and related technologies. You can find more resources on Asia Cryptocurrency and Blockchain at GlobalCoinResearch.com and on Twitter at @globalcoinrsrch

It’s Now Harder to Mine Bitcoin Than Ever. The arrival of the rainy season in China’s southwest has been delayed by nearly a month compared to previous years. Source

The Beijing Internet Finance Industry Association (BIFIA), a self-organized association of China’s internet finance players, just released a notice pointing out that projects such as Algorand and VDS, are vigorously promoting their virtual coins with roadshows and meetups, under the disguise of academic research. BIFIA reiterated the 2017 ICO ban content and other historical warnings, stating that ICO, IFO, IEO and IMO are with extreme risks and these illegal behaviors are strongly deceptive to the investors. Source

Binance in Talks with Facebook Over Listing Libra, may also support the Libra blockchain by acting as a permissioned node that validates transactions.  Source

South Korean internet company Kakao has rolled out a public network platform called Klatyn. It’s a proof of stake based blockchain with enterprise participants including China’s Wanxiang blockchain, Philippines’ Union Bank, LG, Kakao, and Gaming companies such as Netmarble and PUBG. Here’s a comparison of its governance council vs Libra’s association.  Source

Global Coin Research did a workshop on STOS with Securitize’s head of Asia Jacqueline Kwok. Securitize has 19 upcoming STOs and more takeaways. Source

Most Clicked on From the Last Newsletter

Korean exchange Bithumb announces plans to start of EOS blockchain voting. The report says that Koreans own about 10% of EOS tokens and Bithumb owns the most out of all the Korean exchanges. Source

Binance and stablecoin issuer Paxos have collaborated to simplify exchanging of fiat directly for the stablecoin Paxos Standard. Source

Huobi exchange will expand its operations to Turkey, planning to have a crypto-to-fiat onramp for Turkish users by the end of 2019. Source

Exchanges encountering problems around the world:

-Another top Indian crypto exchange, Koinex, is shutting down amidst regulatory uncertainty. Source

Xinhua News Agency, China’s state-owned media, pointed out that Bitcoin is being treated as a safe asset by investors and is funding a fund. Source

Alex Gladstein on the ongoing Hong Kong protest and Bitcoin As Cash Fades, Will Bitcoin Keep Protest Alive in the Surveillance Age?  Source

China’s G20 spokesmen: “G20 is paying a lot attention on how to use new #technology in traditional finance industry, like #digitalcurrency and digital asset. China is doing pretty good in these areas.” Source

The Monetary Authority of Singapore has spoken to the firm about its new cryptocurrency project — verdict is that there are still serious concerns but its early to tell. Source