Binance is set to acquire CoinMarketCap, the deal could be worth as much as $400 million

Binance is in the final stages of talks to acquire CoinMarketCap, The Block has learned.

The crypto exchange is looking to pay as much as $400 million for the deal, people familiar with the deal told The Block.

The cash-and-stock deal is expected to be announced this week. When completed, that would make it one of the largest acquisitions in the crypto space.

Other terms of the deal remain unclear. The Block has reached out to both Binance and CoinMarketCap for comments and will update this story should we hear back.

Just earlier this year, Binance CEO Changpeng “CZ” Zhao said that there are two acquisitions in the pipeline that he is “very excited” about. These are “major” and will have a “significant impact,” CZ said at the time. The CoinMarketCap deal could be one of those two deals.

It is worth noting that CoinMarketCap has not raised any external funding to date and is “entirely bootstrapped,” Carylyne Chan, chief strategy officer of CoinMarketCap, told The Block last October. “We don't plan to raise any funds soon; we can still continue bootstrapping and scaling at this point," Chan said at the time.

People familiar with the matter told The Block that CoinMarketCap's ability to drive a significant amount of traffic is one of the major reasons for the acquisition. CoinMarketCap was founded in 2013 by the anonymous Brandon Chez in Delaware, U.S. 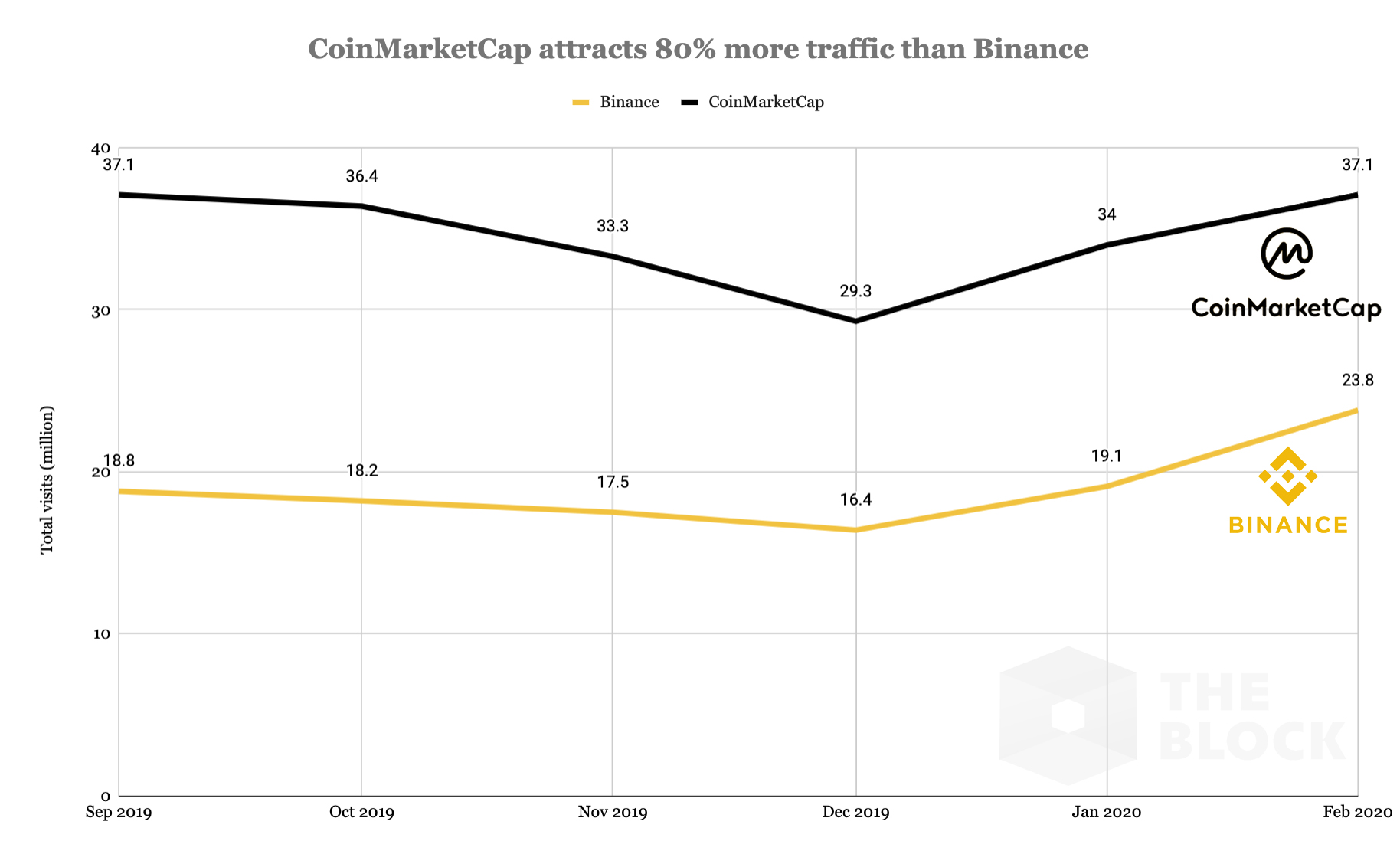 Binance, on the other hand, remains the most visited crypto exchange with 21.3% traffic share as of March 2020. It is in a neck-and-neck competition with Coinbase, which has a share of 21%. 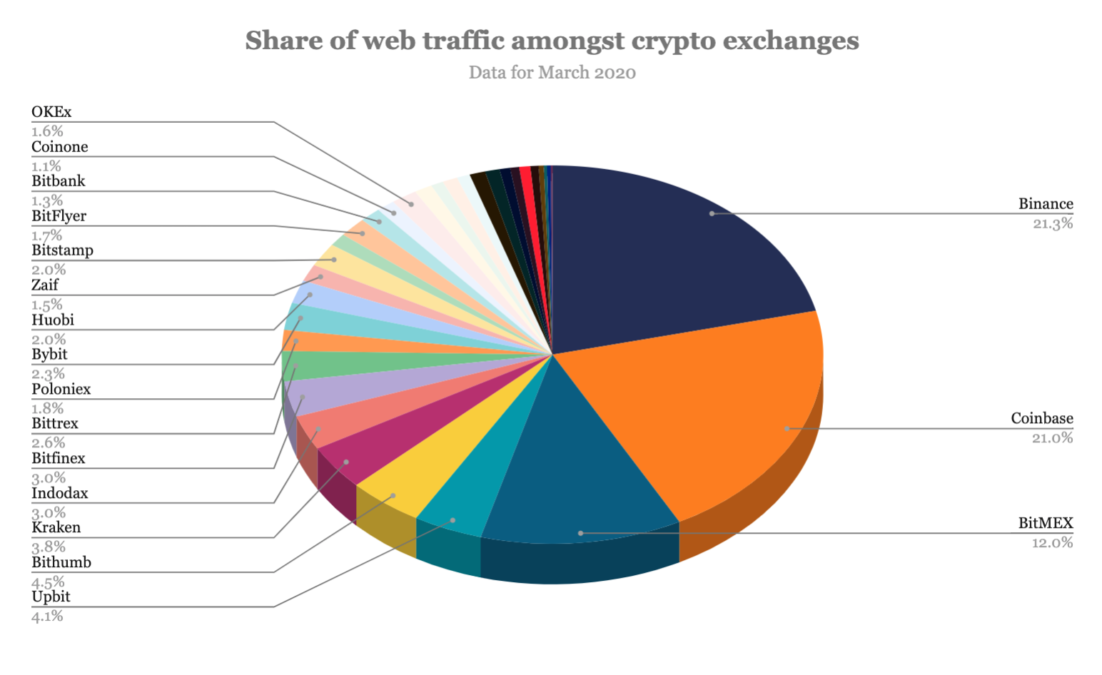 
UPDATE (April 7, 2:05 AM EST): This story has been updated to include the latest data of web traffic among crypto exchanges.