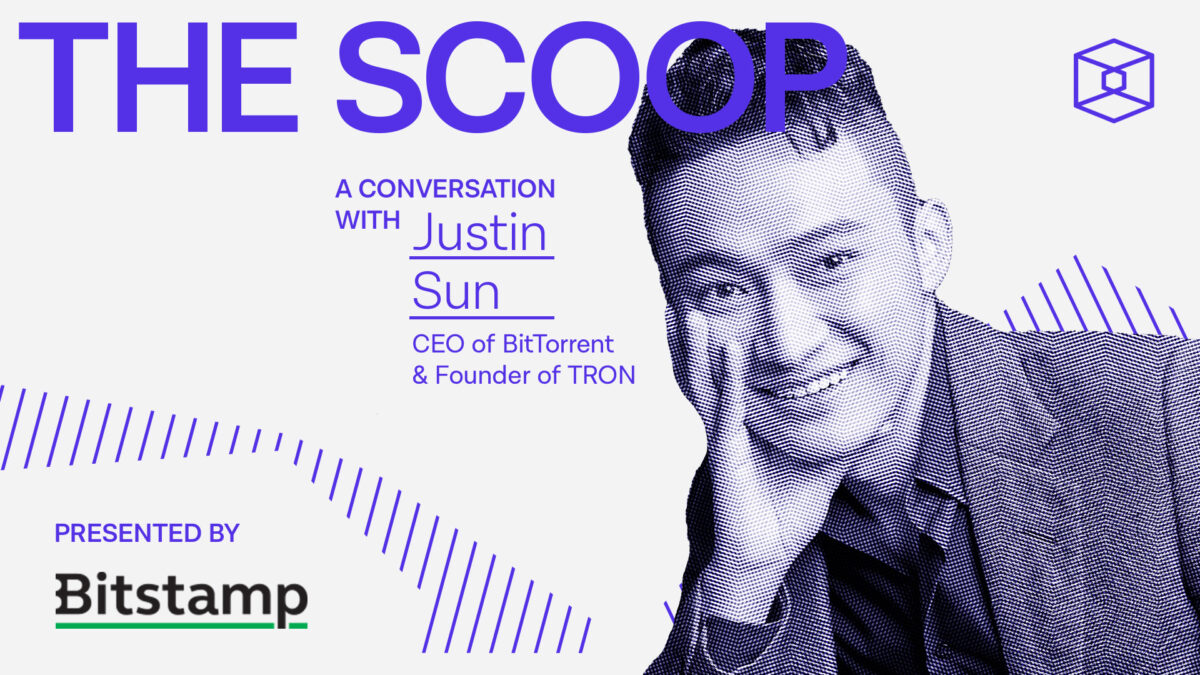 Episode 33 of Season 2 of The Scoop was recorded remotely with The Block’s Frank Chaparro and Justin Sun, founder of Tron.

This episode of The Scoop is brought to you by Bitstamp, the original global cryptocurrency exchange. Since 2011, Bitstamp has been a cornerstone of the industry, earning the trust of over four million individuals and top financial institutions looking for a reliable trading venue.

Whether you’re trading on our web platform, mobile app or industry-leading APIs, Bitstamp gives you the professional-grade tools you need to execute your strategy. Download the Bitstamp app or visit Bitstamp.net/Pro to learn more and start trading today!

It's starting to feel a lot like 2017 in the crypto world — particularly in the realm of decentralized finance (DeFi). Just ask Tron's Justin Sun.

Sun is perhaps the highest-profile investor in crypto exchange Poloniex, which he says is now in a position to take advantage of the DeFi craze.

Like during the ICO boom, new coin offerings are dropping with head-spinning frequency, and traders are rushing to speculate on them. In 2017,  Poloniex was riding the ICO wave. Three years later, after some trouble and sell off from Circle, it's trying to make a comeback — with assistance from Sun and Tron.

Sun got in on the Poloniex deal as part of the consortium that invested $100 million in the exchange after its parent company Circle decided to spin it out. Since then, Poloniex has played a role in some of Tron's major moves, including the acquisition of  Tron's decentralized exchange TRXMarket and the launch of a token sale platform featuring Tron's stablecoin, JUST, as its first supported project.

On this week's episode of The Scoop, Sun said that this year the majority of his energy will be focused on the DeFi space. Already, Poloniex has become one of the most active in listing DeFi governance tokens with 11 listings.

Sun said he's seen growing market demand despite a small group of users, and he's confident that DeFi will become more popular. "I think it's just like back to 2017 for the old ICO days."

In the episode, Sun broke down how Poloniex fits into Tron's plans to capitalize on the DeFi mania. He also discussed: