A large sell-off of XRP on cryptocurrency exchange Beaxy on Monday triggered the tokens to trade at a 62% discount on Beaxy compared to other exchanges.

Due to this “unusual high volume activity,” Beaxy soon halted all trading activities on its platform as it investigates the situation, per a company blog post.

Prior to the trading freeze, XRP was traded at 0.00001 BTC on Beaxy compared to 0.00002637 BTC on Binance. Since the exchange has halted all trading activities, XRP holders are now not able to withdraw from their accounts.

The exchange later announced on Twitter that it is "rolling back relevant trades on the exchange to the moment it was identified."

The exchange was newly launched two months ago after a failed hacking attempt.

The Block has reached out to Beaxy and will update the story once a response is available. 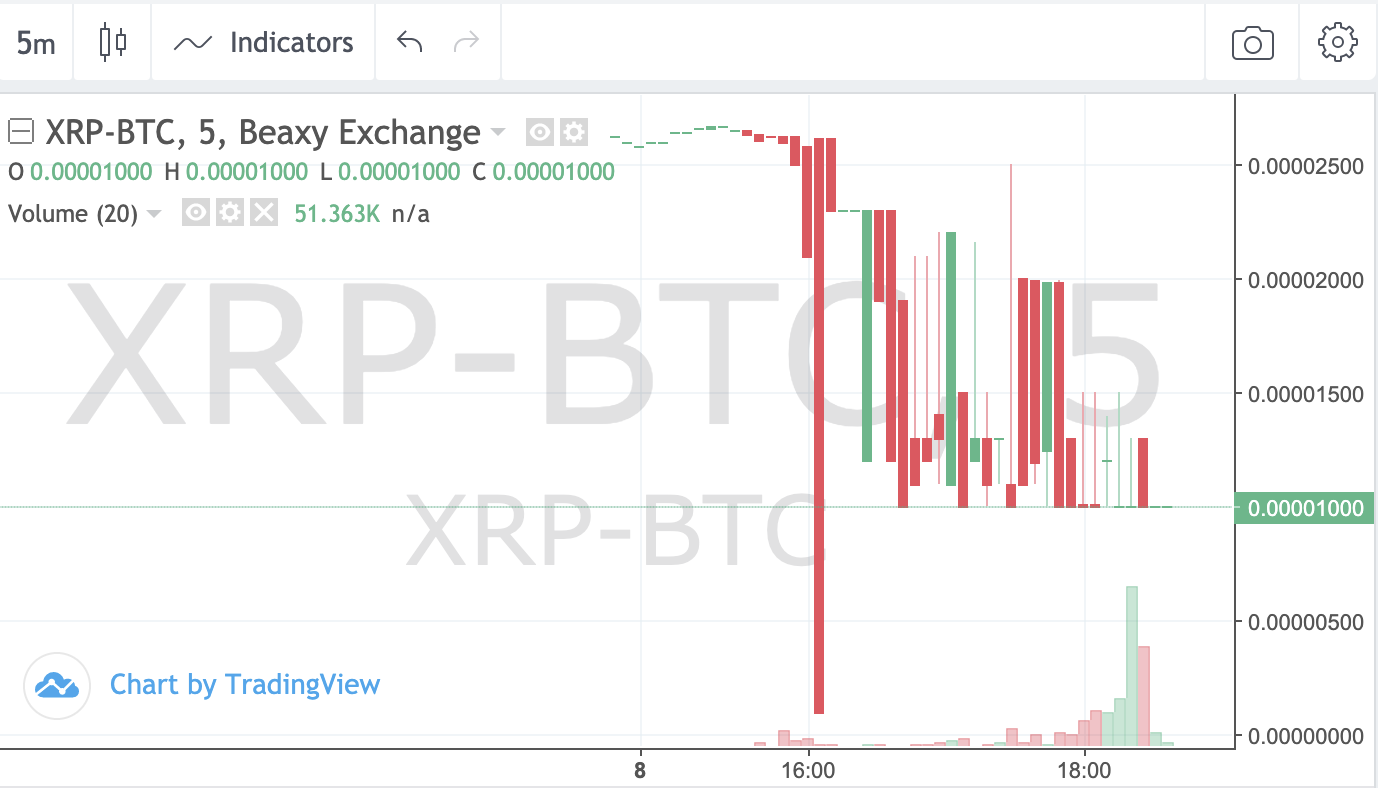