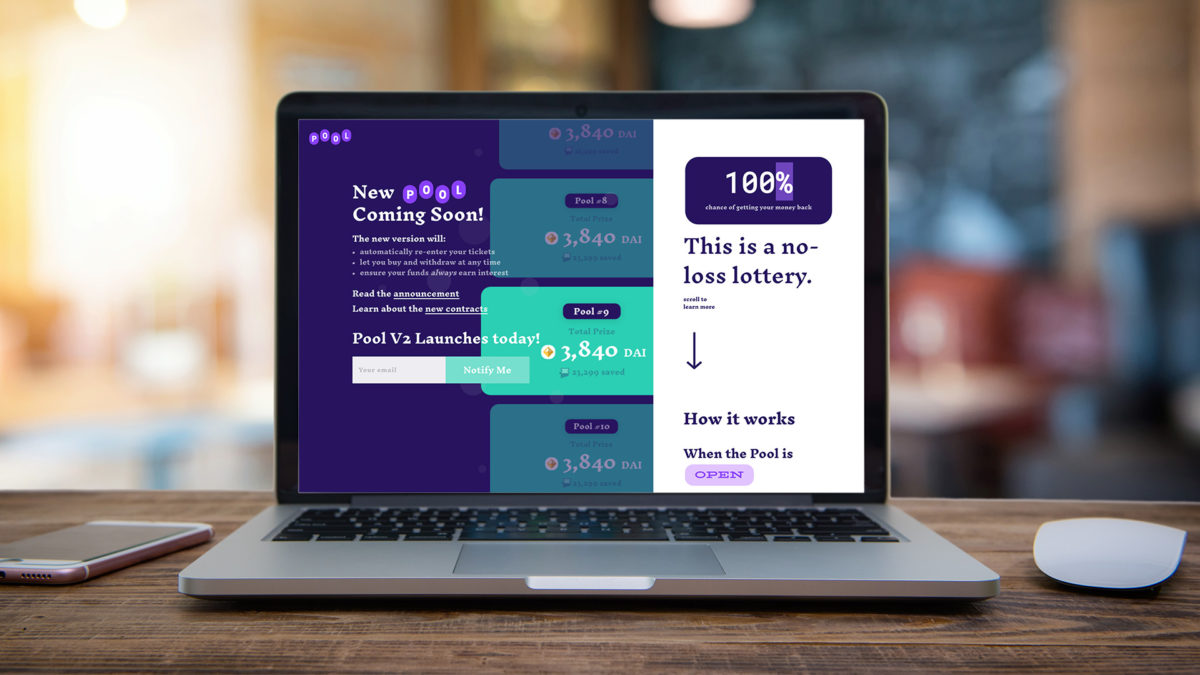 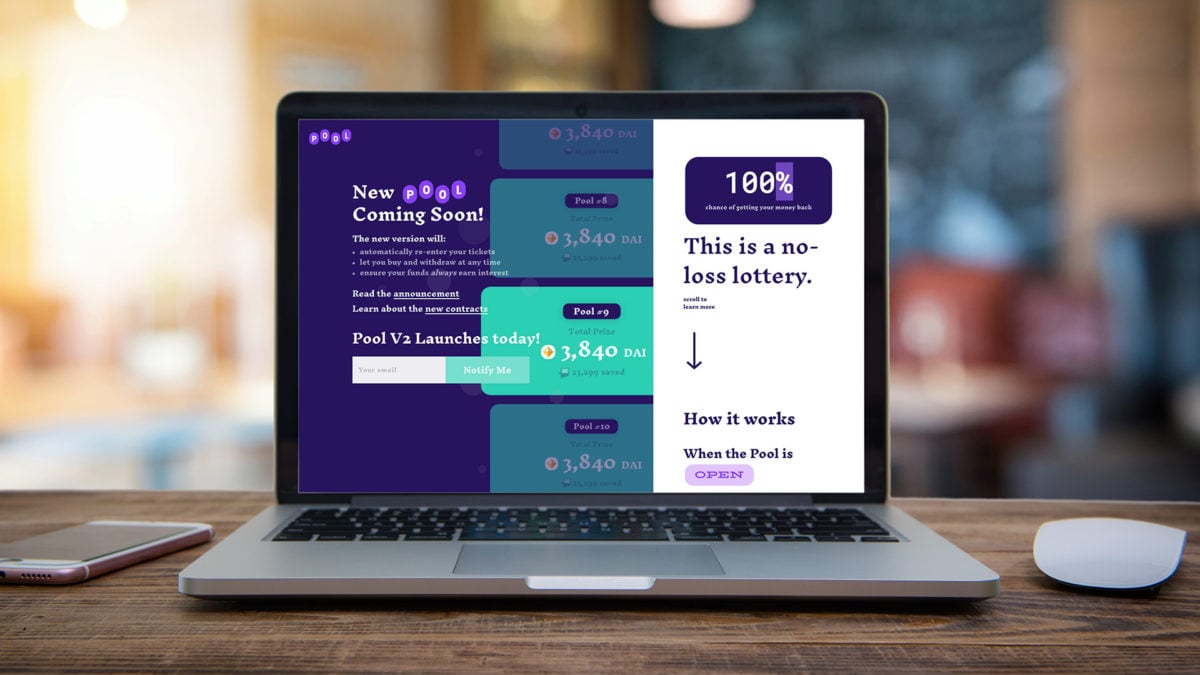 Led by a team of three that initially met at this year’s ETHDenver hackathon, Pool Together replicates a lottery bond: users deposit Dai into their pool and a winner comes home with the profit. However, the twist is that all of PoolTogether’s participants get their principal back at the end of the 15 days, while the winner also receives the interest generated by the deposits in the pool lent to Compound.

Although a fairly new entrant to the Ethereum application landscape, PoolTogether has seen outsized success to date: version 1 saw 156,000 Dai contributed from 654 unique addresses, with 52% of users returning for future pools. A total of 763 Dai was paid out in prizes, according to PoolTogether co-founder Leighton Cusck.

Currently, the collective Dai principal is lent out through Compound over an 18-day period, and the lending platform offers Dai lenders 9.85% Annual Percentage Interest, although as a variable rate loan these terms are subject to change per-block.

The likelihood of winning is determined on a pro-rata basis: a user that owns 20% of outstanding tickets will have a 20% chance of being selected. Meanwhile, the remaining participants are returned their initial deposit so that the only loss incurred is an opportunity cost.

PoolTogether co-founder Brendan Asselstine told The Block that their version 2 has several structural changes that address user experience deficiencies. prizes are now rewarded every seven days; tickets are now automatically re-entered for every prize; funds can be withdrawn at any time; tickets for following lotteries can be purchased at any time, and the minimum ticket size is now just 1 Dai, down from 20 Dai. Further, version 2 brings an entirely new interface and a contract audit from Quantstamp.

One additional improvement is that the fee taken from accrued interest — currently 10% — will be returned into subsequent lotteries. This capital will earn interest itself, contributing an additional source of interest into the prize pool and transforming the PoolTogether experience from a neutral expected value opportunity to a positive expected value opportunity simply by lending through Compound. Cusck said the team has recently started exploring a seed round, with the intention to direct some percentage of capital raised into the pools, creating an even more attractive opportunity for prospective users.