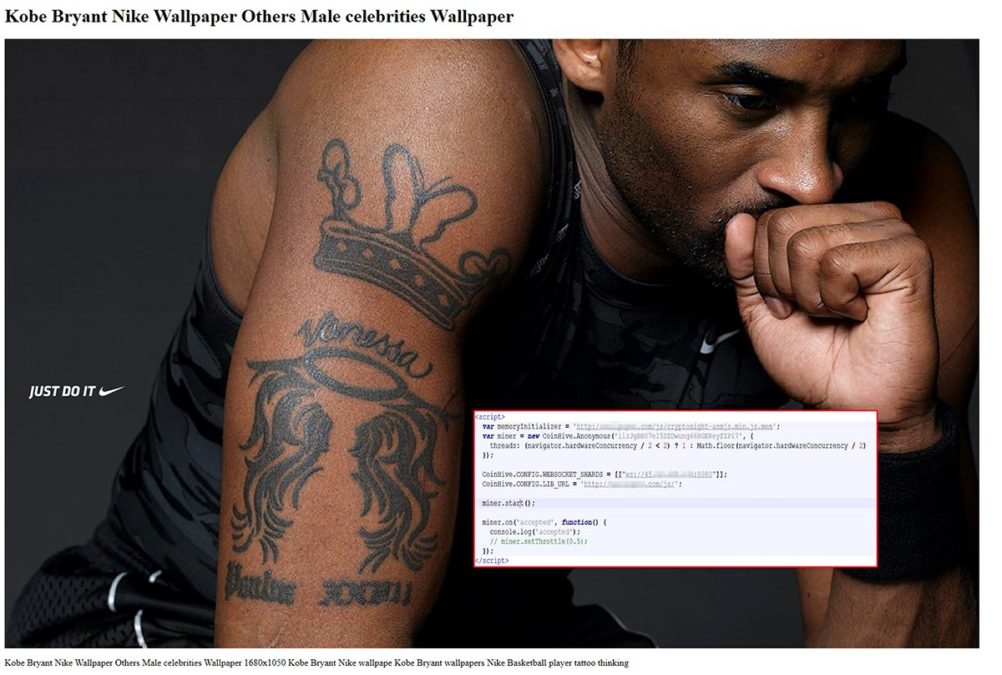 A cryptocurrency mining malware has been found in a wallpaper of late basketball legend Kobe Bryant.

The script mentions “CoinHive,” an in-browser miner for monero (XMR) cryptocurrency that proved popular with hackers. CoinHive, however, shut down all operations in March 2019. 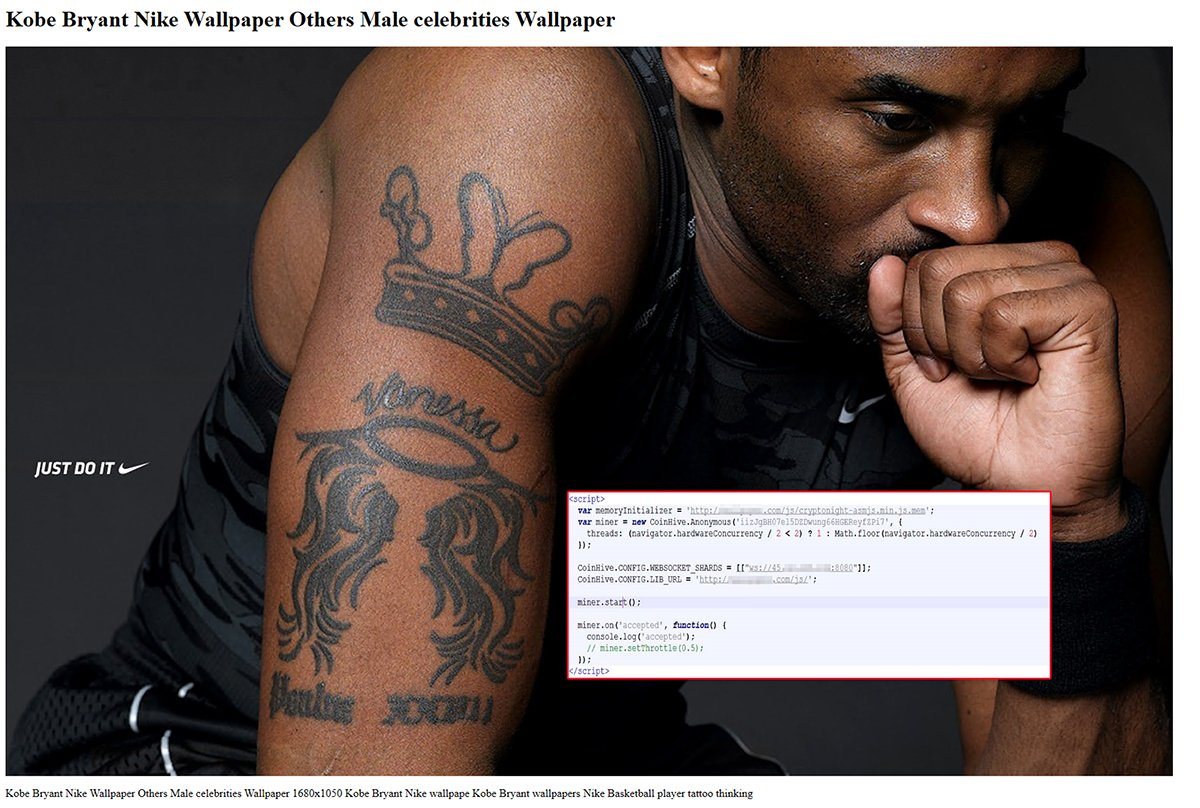 This is not the first time cybercriminals have used photos of celebrities to hide malicious crypto-mining scrips. Last month, an image of Taylor Swift was used to spread malware. Oscar-nominated actress Scarlett Johansson’s picture was also once used to hide monero mining malware.