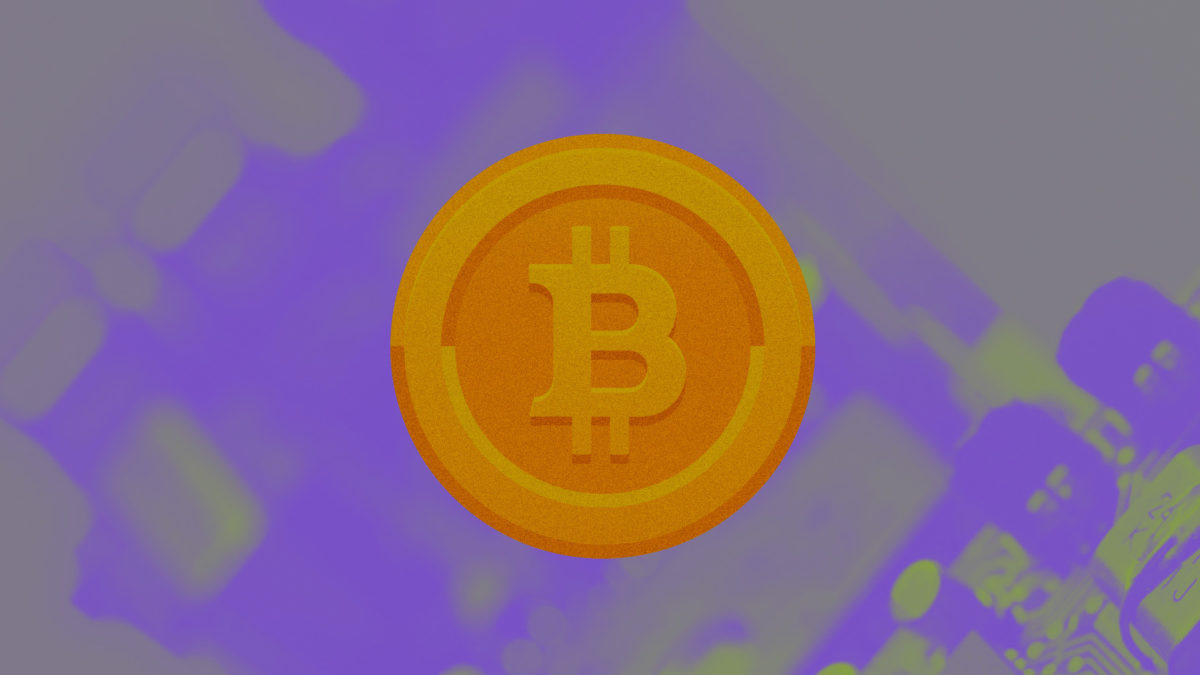 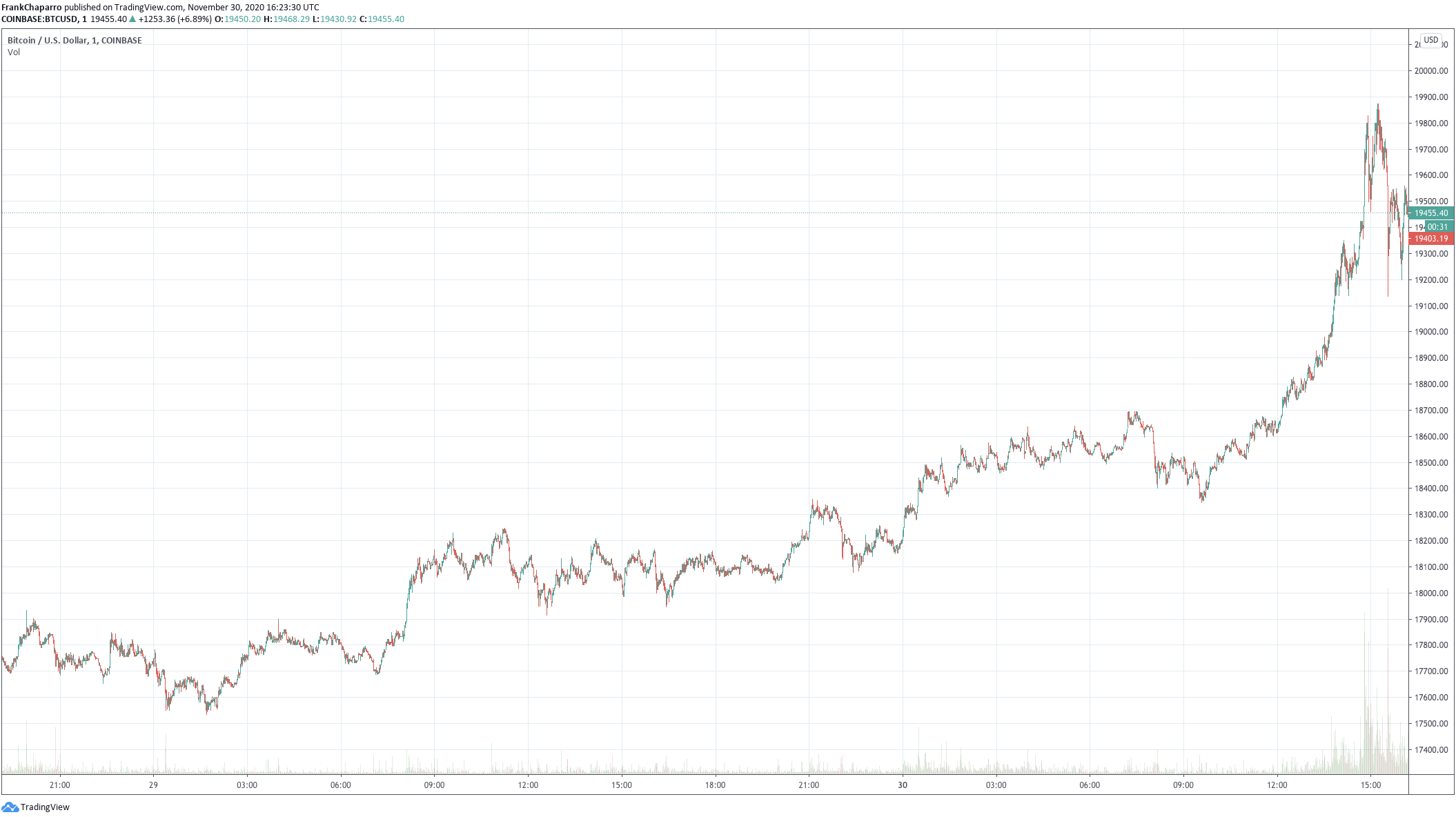 Meanwhile, the Dow Jones Industrial Average was down more than 1.4%. The price of gold was trading lower — adding to the losses bullion faced throughout November. Gold was trading down 0.47% at the time of writing at $1,782. 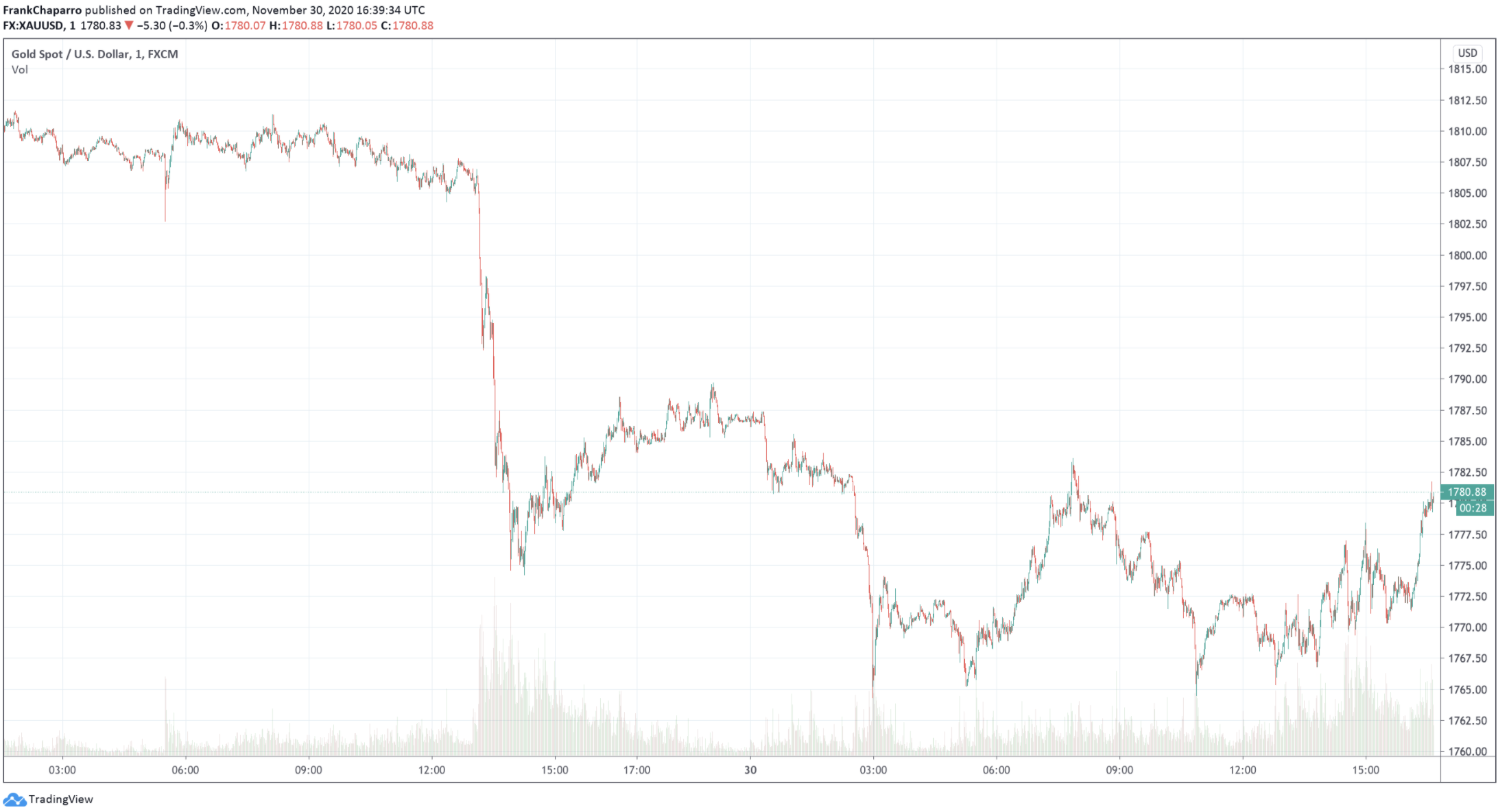 The divergence between gold and bitcoin  is striking, considering many investors have characterized the latter as a digital alternative to gold, which traditionally outperforms during periods of anxiety. Breakthroughs made by pharmaceutical firms on a Covid-19 vaccine appear to have sent gold's price into a tailspin.

"While there’s plenty of people that want to draw similarities between the two instruments, I think this divergence highlights how different they still are," said Craig Erlam, an analyst at OANDA, in an email to The Block.

"Bitcoin has done well since March and that may be linked to some belief that more stimulus is bullish but in the face of expectations being pared back and an improved economic outlook, it’s pushing record highs and I think it will probably go well beyond them," he added.

Vaccine news has also weighed on the US dollar. Despite enjoying a nice boost during Monday's session, it is still trading down nearly 5% since the beginning of the year. 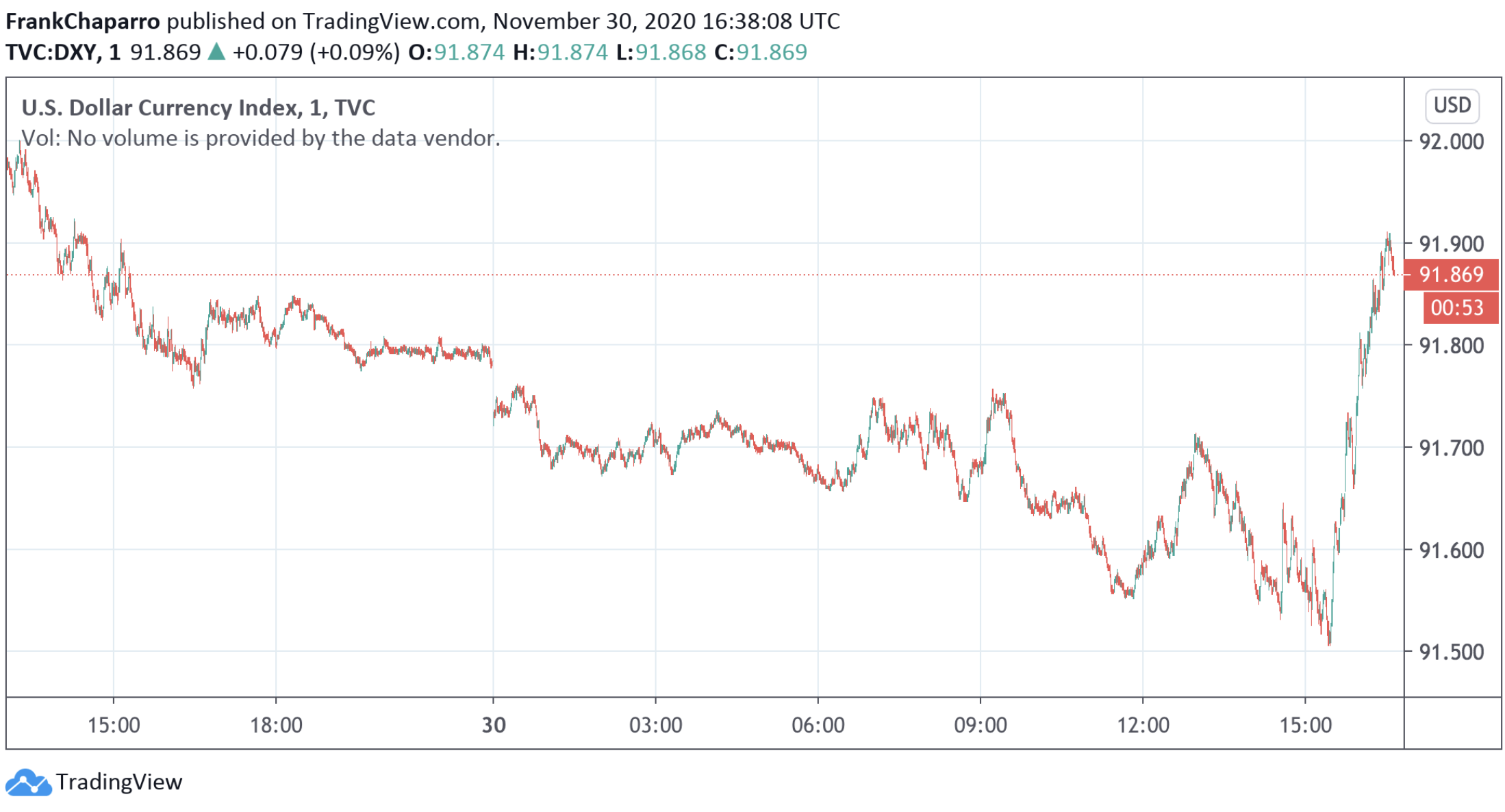