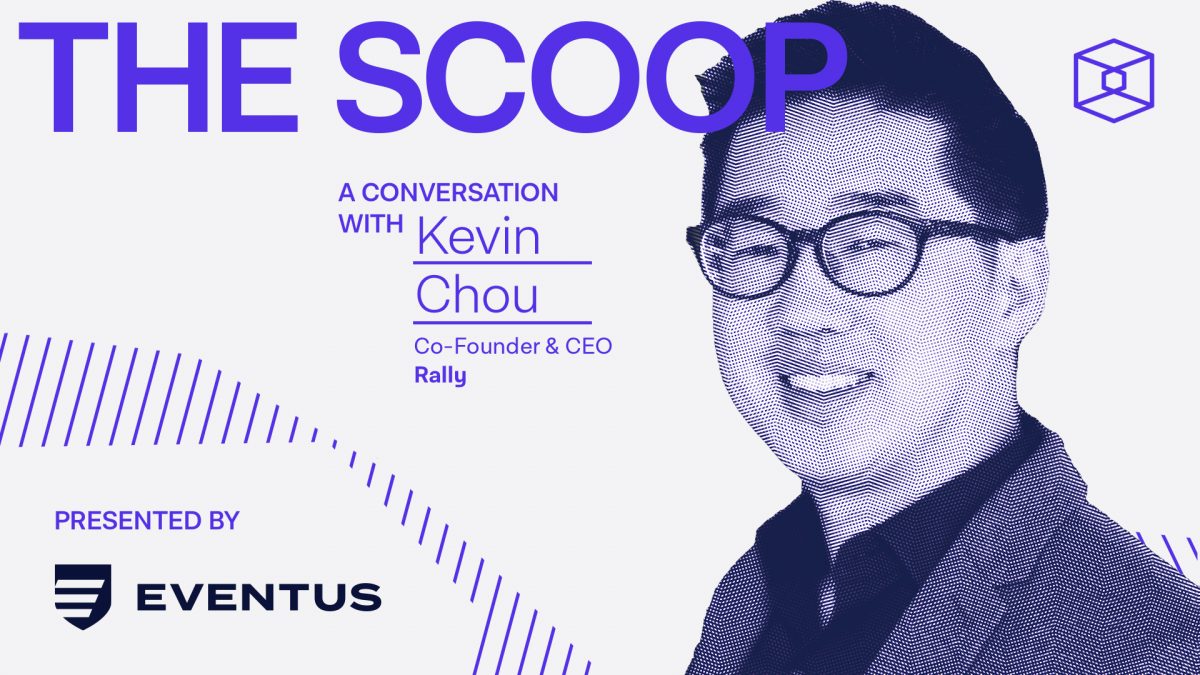 Episode 40 of Season 3 of The Scoop was recorded remotely with The Block’s Frank Chaparro and Kevin Chou, CEO of Rally.

Imagine a world with not just a few thousand cryptocurrencies, but billions of them.

That's Rally CEO Kevin Chou’s vision. The founder of mobile gaming heavyweight Kabam joined The Scoop's Frank Chaparro to talk about the development of creator coins, which are blockchain-based tokens that are tied to the social capital of a person.

To be sure, it’s early days for Rally. The firm has onboarded approximately 160 creators, and that number is growing, with a community that spans athletics, art, and music.

Rally is currently working with musicians like Portugal. The Man, as well as streamers, gamers, celebrities, athletes, and others to create their own fungible tokens via their network.

According to Rally, the decentralized $RLY Community has raised $108 million to date for its community treasury. The project is offering a platform for creators to issue their own 'creator coins' that allow them to engage directly with fans and offer bespoke incentives — thereby giving them the power to “own their economic destiny," as Chou puts it.

But the vision is much broader, according to Chou, who said in the interview:

“How do we eventually think about a world where more and more people choose to create their online identity, reputation and financial wherewithal all on a blockchain. And that's kind of the world that we're trying to solve here on Rally.”

Chou believes that for many, Rally will be most people’s first foray into cryptocurrency. He said the project aims for Rally to provide that means of value without creators needing to work with other services to create their own tokens.

“We want to, again, make sure that the first creators, the first communities, the first fans, that come on to Rally and get into crypto for the first time, that there's really solid use cases, that there's plenty of applications, and integrations into various different tools and social media sites and in other services.”

Chou also highlighted the importance Rally places on compliance with regulatory commissions, saying: “We've invested over 10 million dollars on just compliance, civil work and the technology associated with that at Rally.”