Ethereum’s cat herder: Hudson Jameson reflects on the journey to The Merge 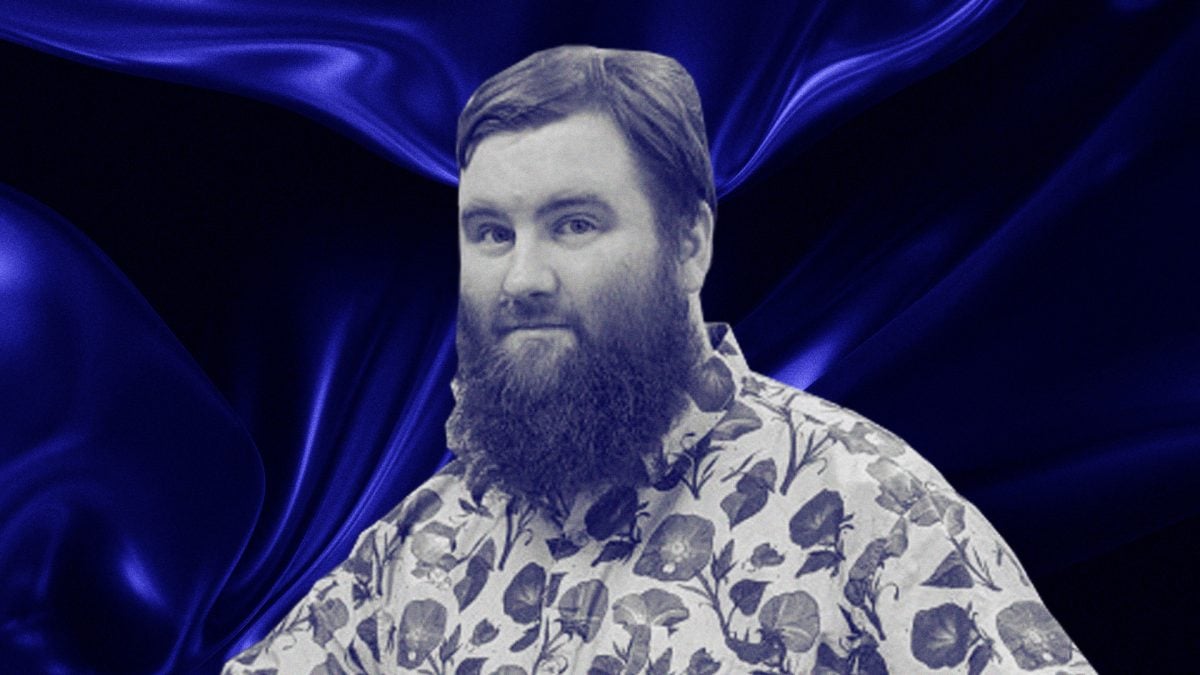 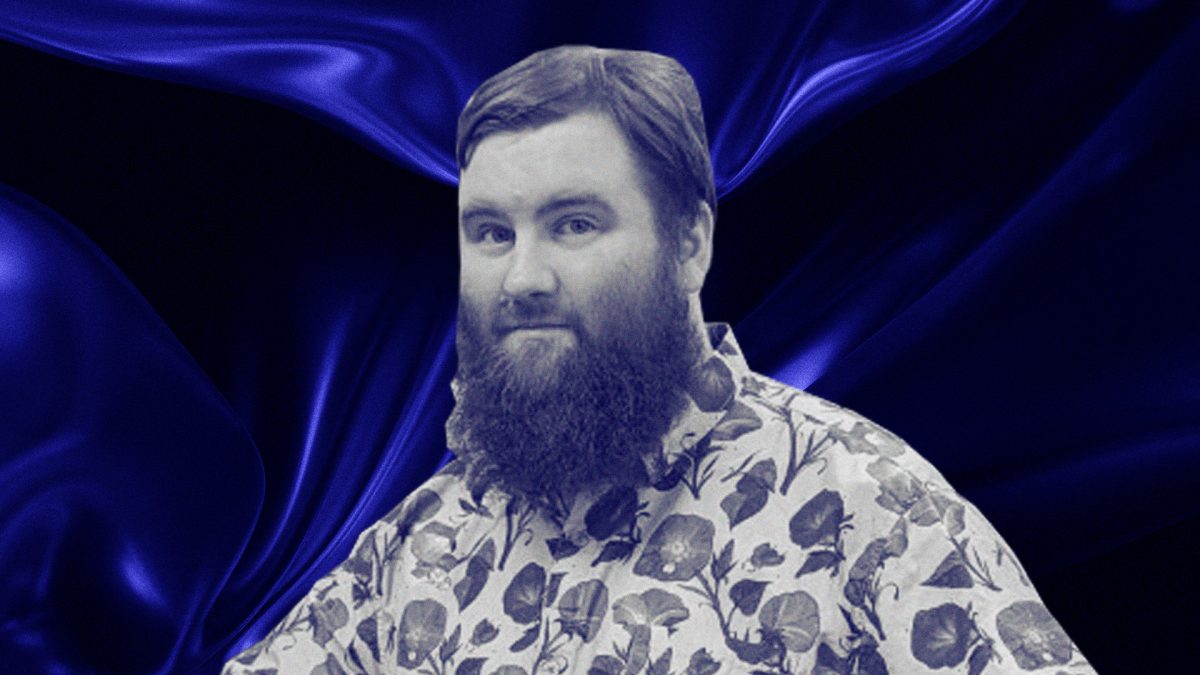 Hudson Jameson can code, but he’d prefer to leave that to others who are more skilled. He’d rather do the talking.

After growing up in Northeast Texas, he studied computer science at the University of North Texas. “There I found out I'm not good at software development,” said Jameson. “But I can understand it.”

His understanding of software and his ability to explain it left him uniquely equipped to be the coordinator of all the Ethereum core developers, a role he held for four years at the Ethereum Foundation.

“I could speak the language to the developers exactly as they needed to hear it, while also coordinating people who didn’t want to make decisions and didn’t want to do the coordination; they just wanted to code,” Jameson said. “It was a really good match.”

Jameson stepped down from his role in April 2021 to take a mental health break. He’s now independent except for a few advisory roles.

But even though he doesn’t officially work for Ethereum anymore, he’s in a unique position to reflect on Ethereum’s long journey to The Merge, the major upgrade to proof-of-stake consensus that began its initial stage this week.

Jameson cannot hide his excitement for The Merge. “This is the biggest thing to happen to Ethereum since it launched. It literally cannot be overstated how insane this is that we are finally here after so many years of research and development on it,” he said.

He said he was recently looking at the blog post from the Ethereum Foundation showing the approximate dates for The Merge. “I kind of felt how I felt in 2015 when I was getting super involved in Ethereum and every day was a circus. I was just like, ‘Oh, this is so exciting, this is something I've been waiting for for years and it's finally coming to fruition.’”

Jameson was working as a software developer at financial services firm USAA when Ethereum launched in 2015. He was already well into the crypto rabbit hole by then, having discovered Bitcoin four years earlier.

“I was obsessed with Bitcoin and cryptocurrencies at the beginning because I felt that there needed to be censorship-resistant and privacy enabling technology to help people who are like in countries where you can't get information or money in and out,” he said.

When Ethereum launched, it was clear to Jameson that it provided more capabilities than Bitcoin. “You can have a program that's running that no one can stop — no one can put a stop to it — or you can write anything on the chain you want in the nano field, and no one can censor it. That’s super powerful.”

Jameson was inspired. He volunteered to moderate Ethereum chat rooms, including on Reddit. He then headed to the first Devcon, Ethereum's developer conference, in London and started volunteering at events. Ming Chan, then the executive director of the Ethereum Foundation, took note and asked if he wanted a job at the foundation.

Around eight months later, Jameson quit his role at the USAA and joined the foundation. Except he had no specific role — that wasn’t how the foundation worked. “Now there are more formalized roles, but it was kind of much more: if you want something accomplished, you just get up and do it.”

Jameson spent his first year or so at the foundation helping to run DevCon 2 and DevCon 3. But at this time, “it was made kind of apparent that there were a few major gaps in certain areas of Ethereum and protocol development.” For instance, there wasn’t a consistent process for proposing and debating upgrades to the system.

So Jameson started managing the Ethereum Improvement Protocol (EIP) repository, the space where all Ethereum upgrades begin. He helped redo EIP 1, which sets out the rules governing the EIP process, to make it more clear and streamlined. He described himself as the de-facto EIP editor-in-chief.

He also noted that core developer meetings were not happening regularly, mostly because they didn’t have any formal structure or cadence. “So the communication was starting to get kind of wonky. No one was really talking as much as they should. There wasn't a lot of cross-team communication,” he said.

Jameson restarted the calls and began recording and live streaming them to make them more transparent. Later on, he helped set up a group called the Ethereum Cat Herders, which would take notes during developer meetings and help to educate the community on what was happening.

By running the core developer meetings, Jameson ended up playing a key role in keeping Ethereum development on track. He acted as a metronome, helping the groups of developers keep to the same beat.

“My role on the calls was basically to set the agenda, make sure the correct people were on the call. And so kind of be more of a gatekeeper for who can come on and off the calls,” he said. “But it was a very loose gatekeeping job because, generally, I want to keep out trolls more than anything because the people who needed to be on there would just navigate to the calls kind of organically.”

His software engineering background enabled him to understand the complex discussions, which he had a knack for breaking down into simpler terms. Since he was “hyper obsessed with Ethereum” he was always ready with talking points. And the fact that most of the communication occurred online suited Jameson just fine.

“I think some of that can be attributed to the fact that I'm neurodivergent,” Jameson said. “So because of that, I don't always understand some of the social cues of in-person interactions, but online you just have to do the words correctly. And so that's a lot easier to do.”

Even on voice calls, you don’t have to make eye contact, you can have your camera off and you might not even use your real name, he added. “So that's really empowering.”

Looking back at Ethereum’s journey

Throughout his time running the core developers meeting, Jameson had a unique view of everything that happened and how it progressed.

Proof-of-stake has long been the goal, dating all the way back to when the network launched, he said. For a long time, the developers were able to view that as a long-term goal and focus on putting out smaller fires, he said. But eventually, Ethereum started growing so fast that they could no longer ignore the environmental impact of the network’s proof-of-work consensus model.

“This wasn't supposed to happen this quickly. At least that's my perspective,” Jameson said.  The rapid growth isn’t a bad thing, he added. “But it does have consequences.”

This fast growth of the network and the growth in the number of groups of developers working on it was one of the biggest changes during the years he worked full-time for Ethereum, said Jameson. In the network’s early years there weren’t any applications that were widely used and that there were only a few Ethereum clients. Now, there are many popular applications and around a dozen clients — run by a much larger ecosystem of developer teams.

At the same time, according to Jameson, the growth in the number of stakeholders has slowed the speed of innovation. “We're moving at a glacial pace compared to what we were in 2015, and that's not bad. That just means we have more voices, more coordination to do, more ideas, more things to argue over or discuss,” he said.

The network’s methodical march toward its transition to proof of stake is an example of this, he said. For years, the Ethereum community grappled with multiple different implementations before eventually settling on the current plan, which Jameson is convinced is better for Ethereum than the original ideas.

Jameson admits his hyperfixation on Ethereum took a toll on his mental health and eventually led him to step away. Still, the arrival of The Merge makes it feel like his energy didn’t go to waste. “We're finally getting there and we're also doing something that's going to be very impactful towards the environment and towards a better security for the chain.”

Such a technical achievement is only possible through the kind of human coordination and communication that has been Jameson’s speciality. “Ethereum is about people, I think, more than money and more than technology,” he said.