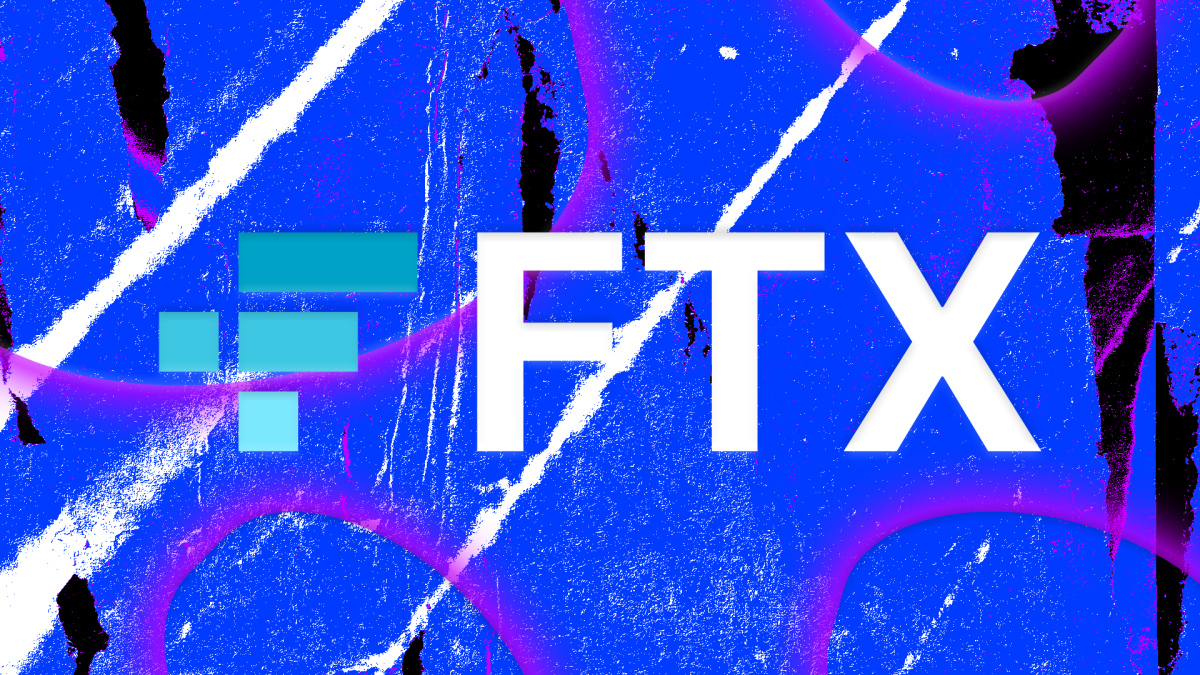 The price of FTX's native token FTT showed signs of resilience after a dramatic weekend for the exchange operator and its biggest rival, trading in the green earlier on Monday before declining slightly.

FTT swung wildly over the course of Sunday after Binance CEO Changpeng "CZ" Zhao said the exchange would sell its position in the token, which it received when it sold its stake in FTX for $2.1 billion last year. CZ's tweet added to existing pressure on FTT, which makes up a sizable portion of FTX sister trading firm Alameda Research's balance sheet, CoinDesk reported.

While Alameda's CEO Caroline Ellison said the leaked information only represents a portion of the firm's entire balance sheet, CZ's announcement resulted in a volatile session for FTT, which saw $300 million in trading volumes across FTX and Binance—the highest level in more than a year. It's not clear whether Binance has begun to unwind their position in FTT. 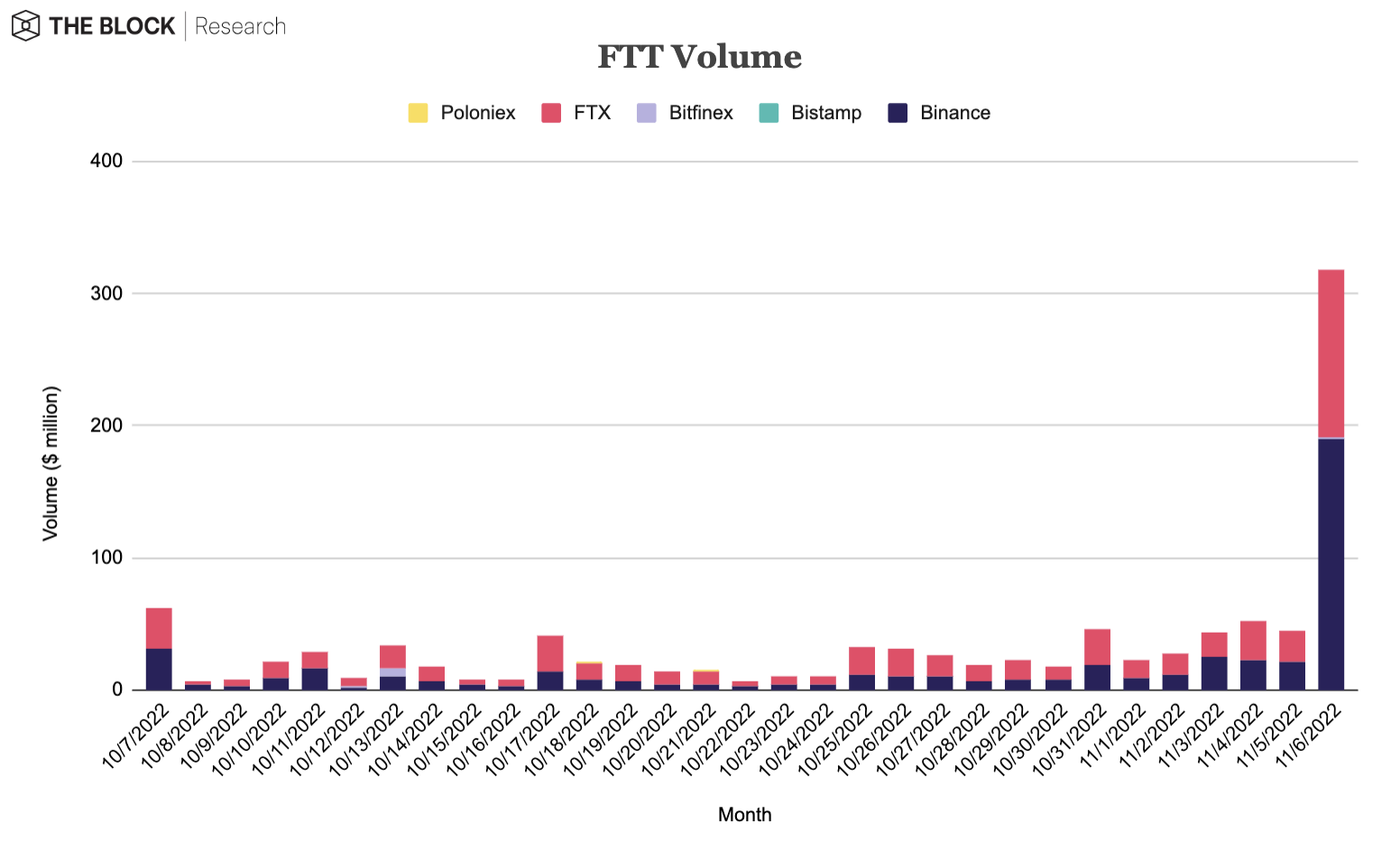 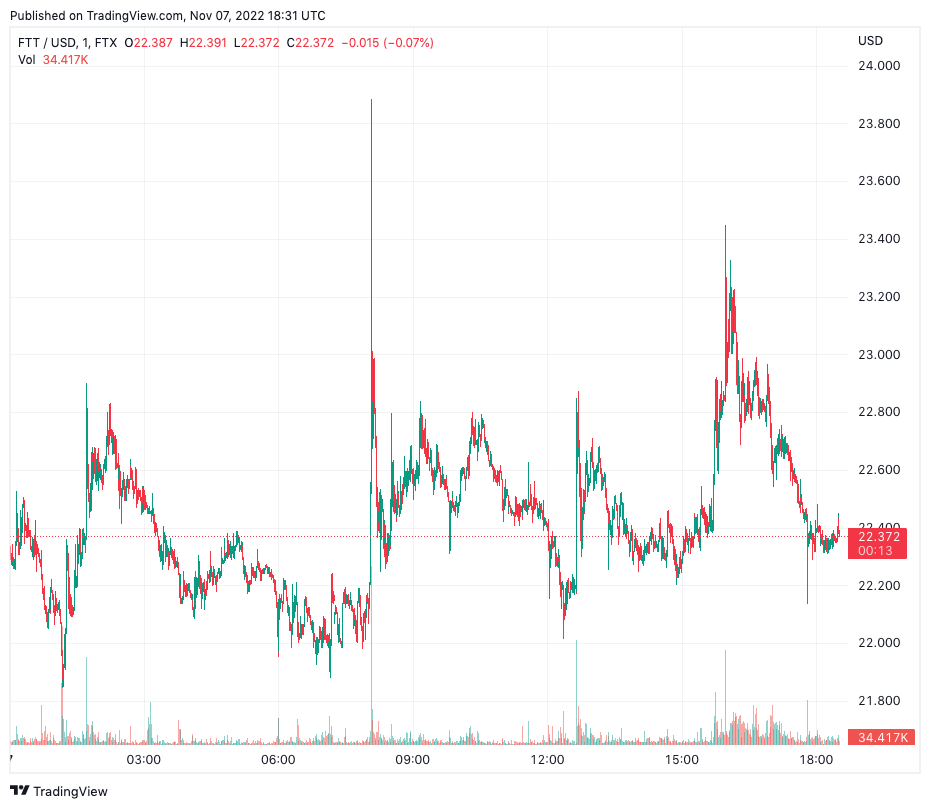 FTT proved to be relatively resilient, illustrating the degree to which "market makers are working overtime to maintain the price," data provider Kaiko said in a briefing. "Despite a massive surge in selling pressure, there is barely a dent in market depth and only a slight increase in price slippage."

Kaiko calculates that a $50,000 market sell order on the most liquid FTT pairs on FTX and Binance would result in 0.17% and 0.5% slippage, respectively, representing "a slight increase from pre-Alameda revelation levels."

“Ultimately it may be in all parties' best interest to engage in an OTC transaction as suggested by Caroline Ellison to limit price impacts, especially considering Binance, FTX, and Alameda all risk large losses should FTTs price fall significantly,” Kaiko said.

The Block Research said the events had served as a "great stress test for FTX" after it identified wallets that have been continuously depleted and re-filled in a move that suggested the company is "committed to fulfilling their creditors’ withdrawals."

"These series of events give us a good perspective on the current fearful sentiment around crypto contagion that is still ever-present,'' The Block researcher Arnold Toh wrote. "In a cycle where major hedge funds and lending platforms have become insolvent, it is not surprising that, despite FTX’s stellar branding and standing, unconfirmed rumors led to massive withdrawals."