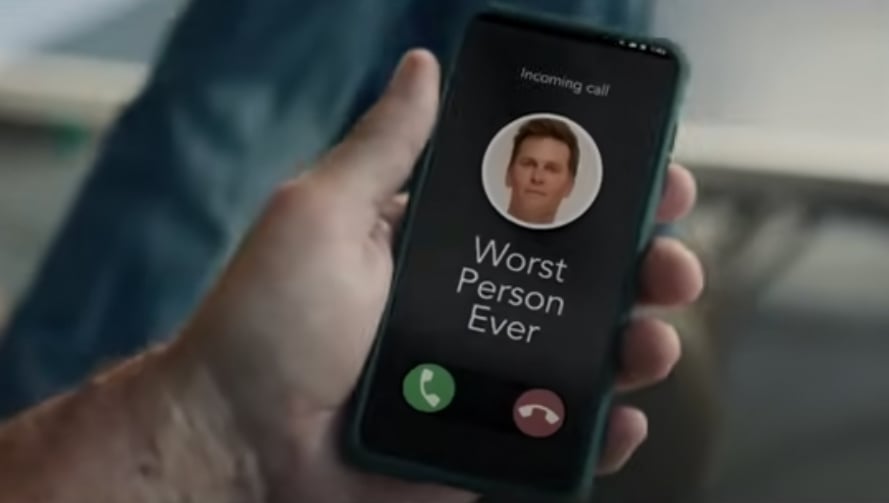 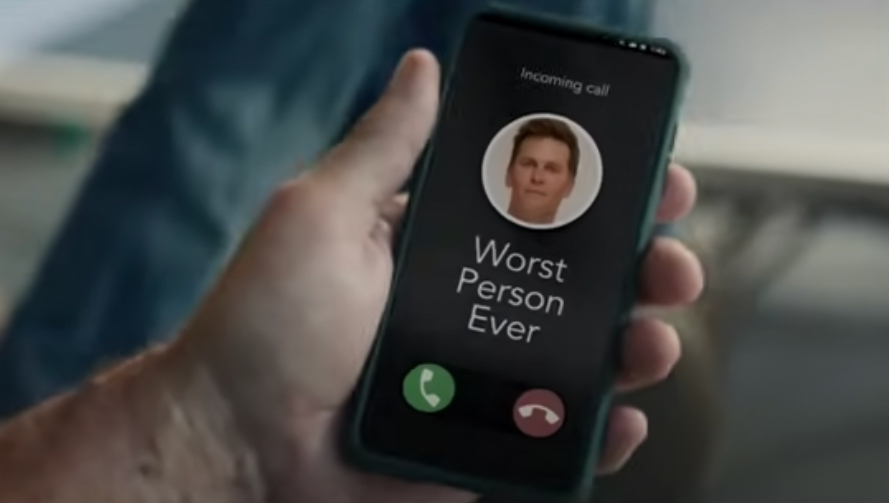 “Should’ve known when he said he was a vegan altruist not to trust him,” said the 37-year-old Irishman who had an FTX account for more than two years and opened it because he wagered it was the “most trustworthy” trading platform out of hundreds in the market.

Taggart ticked off a litany of reasons the trading platform appeared more legitimate than others: Bankman-Fried leading the effort in Washington for more regulation, television ads featuring star quarterback Tom Brady, and perhaps most importantly, FTX’s long list of illustrious backers. Even the Ontario Teachers' Pension Plan invested in FTX.

“A lot of [opening an account with FTX] was due to the perception that they were the most regulated, safest exchange,” said Taggart.

Millions of people around the world have turned to cryptocurrencies either out of the desire to escape volatile local currencies, or, in many cases, simply because they were bored at home during the pandemic. There are, of course, those that are the true believers in decentralization who want nothing to do with central banks and governments.

A little over a million of those chose FTX and have now likely lost everything in the exchange's spectacular collapse. The likelihood of getting their money back looks bleak. In other financial blow-ups, victims rarely get anything back. Instead, they're left to pick up the pieces as the mystery of what happened unravels.

Nigerian Sheriffdeen Adewale Jimoh had a lot more faith in FTX than in his local banks. “The banking system in Nigeria is not safe. You can go to the bank one day and you have nothing, and they have nothing to say,” said Jimoh, who opened an FTX account so he could buy and trade primarily bitcoin. He never thought a global company with a million customers could over the course of a few days seemingly collapse. “My biggest surprise was waking up, seeing what’s happening, and it seems it’s all gone,” he said.

Nearly every penny to his name is now trapped, said Jimoh, adding he had not only been using the money to support his siblings and new wife but had also earmarked much of it for a trip to Canada where he intended to study at university. Now, both his personal finances and plans for the future appear derailed due to FTX’s fall. “I never expected this to happen,” he said.

Twenty-five-year-old Jimoh took to Twitter to plead his case, including to ask why FTX customers in Africa couldn’t recover funds while it appeared U.S. account holders could. 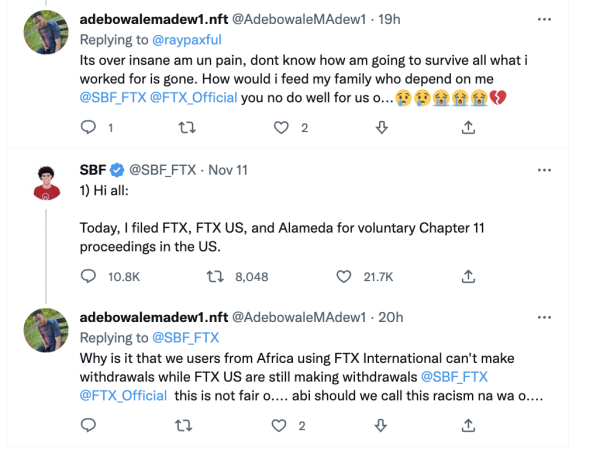 Besides FTX successfully encouraging mainstream adoption of cryptocurrency with several high-profile advertising campaigns and partnerships, many of the platform's customers also gravitated to Bankman-Fried espousing a philosophy of “effective altruism.” The 30-year-old MIT graduate and one-time billionaire said he planned to donate a lot of his crypto wealth to charity.     Now Bankman-Fried appears to be a charlatan, causing some people to seemingly lose faith in humanity itself.     “I’ve lost faith in people,” said one-time bitcoin enthusiast Deb, who resides in Pennsylvania. She has about half her savings stuck in an FTX account and wonders if she’ll ever get it back. “Once again greed trumps all. Nothing will ever be for the people. Our kids are screwed.”    While Deb preferred to keep her last name confidential, many FTX account holders who shared proof they had accounts with trapped funds didn’t want to discuss personal details. Many traders of crypto currency are afraid that by providing personal details the information might be used by hackers to access their digital wallets and steal their crypto assets. Or they are afraid of being “doxxed” (when a person’s personal information is released onto the internet) on social media, which could also result in a hack of their assets.    One account holder who shared proof of his frozen funds but was afraid to give his name later sent an email asking that The Block delete all of his correspondence, fearing the hack of FTX announced late Friday night might put him at risk of being exposed somehow. A prolific crypto trader who says he and several peers have lost significant sums of money also said FTX’s air of “too big too fail” was attractive. The trading platform was at one point valued at more than $30 billion.    Other FTX account holders are taking to social media to try and remedy their troubles. Crypto booster and entrepreneur Dadvan Yousuf posted on Twitter an offer to bribe FTX employees. “Any FTX employees willing to change my accounts [sic] country of residence to Bahamas to facilitate withdrawal I am offering $2 million and unlimited legal fees,” he said in a post. 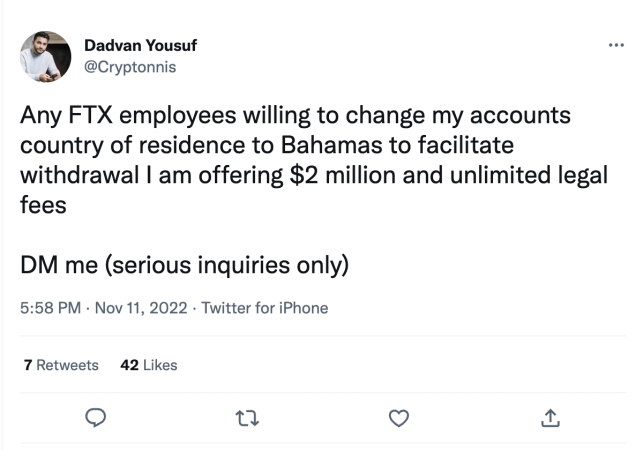 Canadian Ryan — who also preferred to keep his last name confidential— also has an FTX account with trapped funds. But unlike many others, Ryan has been fairly cautious with his crypto investments after getting burned by another platform that turned out to be a sham. After Canadian crypto platform QuadrigaCX collapsed in 2019, Ryan said he lost a significant amount of money.

Now the 30-year-old IT professional keeps about 90% of his holdings in bitcoin and does only a limited amount of spot trading with other cryptocurrencies. He used FTX only sparingly since opening an account in 2020 and after what happened with QuadrigaCX said he won’t keep any more than 5% of his holdings on any one platform.

“Luckily for me it's a small amount,” he said of the FTX holdings likely lost forever. “So I can still sleep at night … but I know the feeling when you’ve lost everything.”