ACA Group has reportedly decided to give up on the planned acquisition of BitFlyer Holdings, which owns a crypto exchange in Japan.
October 1, 2022, 9:43AM EDT
Exchanges
Legal • November 2, 2018, 7:00AM EDT 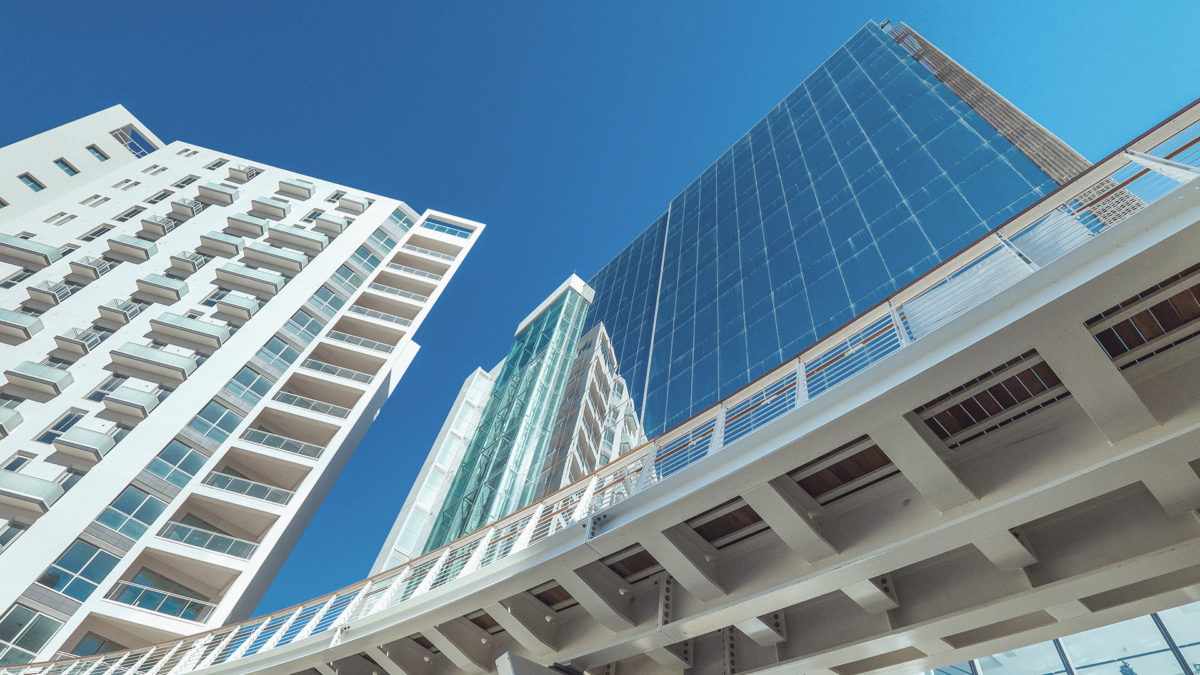 The Block is delighted to bring you expert cryptocurrency legal analysis courtesy of Stephen Palley (@stephendpalley) and Nelson M. Rosario (@NelsonMRosario). They summarize three cryptocurrency-related cases on a weekly basis and have given The Block permission to republish their commentary and analysis in full.

Memoranda of misunderstanding, arbitration subpoenas, and another crypto subject matter jurisdiction motion bites the dust in federal court. These topics (and more) in today’s Crypto Caselaw Minute. (As always, Palley summaries are “SDP” and Rosario summaries are “NMR”).

Disclaimer: These summaries are provided for educational purposes only. They are not legal advice. These are our opinions only, aren’t authorized by any past, present or future client or employer. Also we might change our minds. We contain multitudes.

What happens if you’re a couple of college kids in Maryland with a brilliant blockchain idea and your deal with a Maltese corporation based in the Ukraine suddenly doesn’t seem quite right? You could file a lawsuit in Federal Court in the United States and hope that the judge will see things your way. That seems to be what happened here.

Plaintiff alleges that in Spring 2017, when everyone and their Aunt Belinda was planning a blockchain startup, three high school buddies “decided to found a cyber-security startup specializing in the use of Blockchain technology to prevent cyber-attacks.” They incorporated in June 2017 and started to look for investors. They were introduced to Krypton, the defendant, a Maltese corporation headquartered in Ukraine.

The parties entered into something that they called a Memorandum of Understanding, which involved a purchase of equity in the plaintiff by defendant in exchange for — you guessed it — an unspecified number of tokens. Memoranda of understanding are sorta like “contracts to contract.” They can be useful documents but are also a landmine for misunderstandings, which appears to be the case here.

The lawsuit says that the memorandum was supposed to be a preliminary and non-binding document — not a contract, just an outline. While negotiations were taking place, but prior to the execution of any written agreements other than the memorandum of understanding, the defendant transferred bitcoin worth approximately $600,000 to the plaintiff.

According to the lawsuit, negotiations got bogged down and contract documents were never signed. (I am simplifying many, many paragraphs in a long lawsuit). Meanwhile, plaintiff says it became concerned that the defendant was controlled by a person “who had been fined by the United States government in connection with the hacking of a number of financial institutions.”

At the same time, plaintiff also says that defendant demanded equity in the company plus a multi-million cash payment, or an “extortionate payments worth more than fourteen times defendant’s prior advance payments in order to effectuate any ‘walk-away.’” In addition, defendant allegedly refused to accept the return of the bitcoin that it sent plaintiff, instead insisting on dollars.

What does the defendant say? Well, it hasn’t answered yet, so we don’t know. According to a report filed with the Court on October 22, 2018, defendant has yet to be formally served with the Complaint. Also, while it may just be a coincidence, a press release dated September 7, 2018 issued by the U.S. attorney in the SDNY references a person with an a/k/a matching the name of the person referenced in plaintiffs’ lawsuit. We of course don’t know if this is the same person and aren’t claiming that it is. If it is, that could be a factor for sure. (See https://www.justice.gov/usao-sdny/pr/manhattan-us-attorney-announces-extradition-alleged-russian-hacker-responsible-massive).

Because defendant is based in Malta, service upon it must be effected via the Hague Convention, which imposes some additional procedural hurdles, some of which depend on the country in which service is to be effected. As such, we only have the plaintiff’s allegations to go by, and no responses. (If an answer is filed, perhaps we’ll provide an update)

This is a strange lawsuit. The plaintiff is asking for the court to declare that the memorandum of understanding — which it contends is not a contract — is “void and uneneforceable.” Typically, you can’t get a court to declare this sort of agreement to be void — you assert that it is uneneforceable/not a valid contract as a defense to a breach of contract claim. My guess, and it is only a guess here, is that the plaintiff filed suit because it is nervous about being associated with this company and wants to find a way to distance itself, even if takes filing a lawsuit that has substantive weakness to it and for which service of process is a challenge.

Do you ever wonder how parties get the information they need in lawsuits? Well, they often have to issue a subpoena to get the information from the other side, or another party altogether. Naturally, the other side, or others, usually doesn’t want to give up that information, so they may try and prevent the disclosure by moving to quash the subpoena. If you think that bickering back and forth sounds fun you should go in to litigation, because that’s a large part of litigation. Arguing over what information should be disclosed.

Where was I? Oh right, Symphony. This opinion and order deny a motion to quash two subpoenas in this case. Symphony FS Limited contracted with Thompson, that is J. Barry Thompson, in his capacity as a bitcoin purchaser through his business Volantis Escrow Platform, LLC. (sidebar: I am not a marketing genius, but I really think people should cut it out with the Game of Thrones, Lord of the Rings, and other fantasy/sci fi references these days. I’m a huge fan, but still, who is in charge of marketing around here?)

The deal went south, as deals often do, and Symphony sued alleging that Thompson misappropriated funds he was given to make the bitcoin purchases on Symphony’s behalf. Symphony has asked for documents from two other entities: JAMS Mediation, Arbitration & ADR Services, and Circle Internet Financial, Inc. Why would the plaintiff, that’s Symphony, want documents from these two organizations? Well, the plaintiff has a pending claim for a preliminary injunction against Thompson, because they believe he may abscond with funds thereby hampering their ability to collect if they prevail in their lawsuit. Given that they are trying to show that Thompson is capable of “dissipating assets entrusted to him,” Symphony has reason to believe that information from a hedge fund that allegedly has an arbitration proceeding pending against Thompson, and any records with, which Thompson has allegedly used, would be relevant to their request for a preliminary injunction. Accordingly, Symphony believes, and the court agreed, that the information sought from both parties may lead to relevant information to determine whether to grant the preliminary injunction or not.

One point worth making is that normally arbitration proceedings are confidential, but here the plaintiff is able to get documents from an arbitration proceeding. Why? Well, it’s right there in JAMS very own rule book stating that confidentiality may be waived “unless otherwise required by law or judicial decision.” (emphasis in opinion and order). Furthermore, JAMS was unable to articulate any specific harms that might be caused if they have to comply with the subpoena. On the other side, Circle tried to argue that their information was not relevant to the matter at hand, but the court pointed out that the information was relevant, because it showed an ability to dissipate assets. As a general rule, you really have to show specific reasons why you shouldn’t have to comply with court orders.

One more thing. There is a footnote in this case that has no bearing on the merits of the case, but is a hilarious little read. In the footnote, the judge is instructing both parties that the judge will not “referee disputes over scheduling,” and implores the parties to “work together to complete discovery.” I worked for a judge in law school, and if there is one thing judges hate it is dealing with scheduling matters during discovery. So, word to the wise, do not piss off the judge to the point where they are compelled to drop a footnote telling you to get your act together.

Remember all of those US based ICOs that thought that if they incorporated in Gibraltar or Gabon they’d be able to raise money in the U.S. and avoid getting sued here? We’re not gonna say we told you so, but it seems like each week there’s a new ICO case which demonstrates why this was a Really Bad Strategy (“RBS (tm)”).

This particular case concerns an alleged crypto-currency scam involving a new currency called “CLOUT.” The decision here involves the Court’s ruling on a motion to dismiss for lack of “subject matter jurisdiction.” (A court has to have this in order to hear and decide a lawsuit. No exceptions!).

Plaintiff sued Clout’s promoter and a company associated with the Clout token saled called “ICO Services.” Plaintiff alleges that he bought $50,000 in CLOUT tokens, pre-ICO, paying in Ether. The defendants raised somewhere between $2 million to $2.6 million in the ICO (again, allegedly). Plaintiff says defendant did a bad job promoting CLOUT “which [as a result] is barely traded and has no value, though [Defendant] continues to brag about its future prospects.” Also, Clout isn’t registered with the SEC or the Texas Securities Board. Plaintiff sues for securities fraud, violation of the Texas Securities Act, and fraudulent transfer under Florida law.

In support of his Motion, defendant argued that he had formed Clout as a Gibraltar Corporation that the plaintiff should have named Clout as a party and (2) that ICO Services wasn’t actually formed until after the ICO had taken place so it shouldn’t be a party. The Court dismissed these arguments quickly, saying that they were “premised upon [a]  misreading of the Complaint.” Stated simply, plaintiffs’ securities fraud claims didn’t require that the Gibraltar corporation be named: “[w]hether or not CLOUT is in fact also an entity is not pertinent to the Court’s inquiry regarding subject matter jurisdiction.” Furthermore, failure to name a party doesn’t “strip[] the Court of subject matter jurisdiction.”

What’s the nutshell? Setting up an offshore company may make service of process on that corporation slightly more complicated, as discussion of the Gladius lawsuit (below) shows. At the same time, it doesn’t seem to do much good for you if you’re in the U.S. and sued directly for violating U.S. securities laws, as is this case here.

ps —Updates, we got updates! Regular readers will remember that we reported on the In re Bitconnect Class Action litigation in our 10/18/2018 CCM and noted that the plaintiffs had named YouTube as a defendant. As expected, YouTube has filed a Motion to Dismiss, arguing (1) lack of personal jurisdiction, (2) immunity under section 230 of the Communications Decency Act, and (3) the lack of a duty. We’re interested to see how plaintiff responds and will report back with updates as they develop.