Transaction fees on the bitcoin network are at their highest point since early 2018, according to available network data — a development that comes amid recent upward price action for the cryptocurrency.

The latest movement in bitcoin network fees appears to have started on October 26, when bitcoin’s price was fluctuating around the $13,000 level. High fee activity peaked on October 28, with cost growth for October 29 appearing similar to what occurred on October 27. At press time, bitcoin is trading hands at around $13,439.

Data providers show users are upping the ante in an effort to get their transactions through quickly. Bitinfocharts data, for example, indicates that the average transaction fee on October 28 rose above $11 — its highest level since late January 2018. The site shows a median transaction fee of $6.88 for that date.

GlassNode noted on Tuesday that the percentage of miner income from fees had grown, hitting their highest level since January 2018.

Higher transaction costs are not abnormal insofar as the network is designed. Transaction block space is finite, and bitcoin users vying to get their payments confirmed can append ever-larger fees in order to make them more attractive to miners. This summer, the Ethereum network experienced eye-popping fee increases because the network was experiencing heavy use.

One measure of the network's congestion is the amount of unconfirmed transactions awaiting inclusion in a block.

The number of unconfirmed transactions in the bitcoin mempool — a kind of waiting area where transactions land before they are added to a transaction block — rose to as high as roughly 156K on October 28, the highest level since January 2018, according to Johoe’s Bitcoin Mempool Statistics. 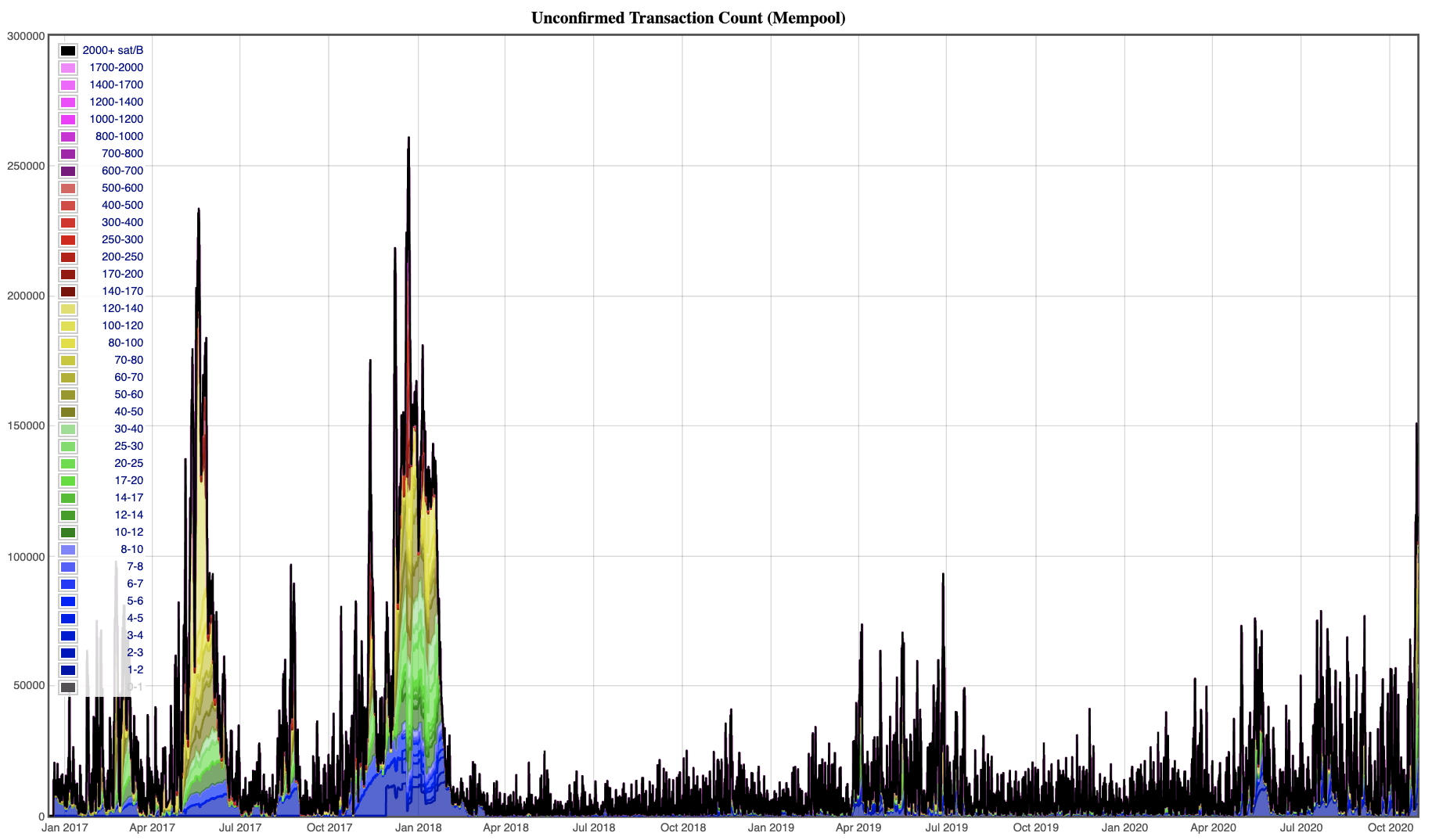 And here's a shorter-duration version of the chart, showing the fluctuation in recent days. 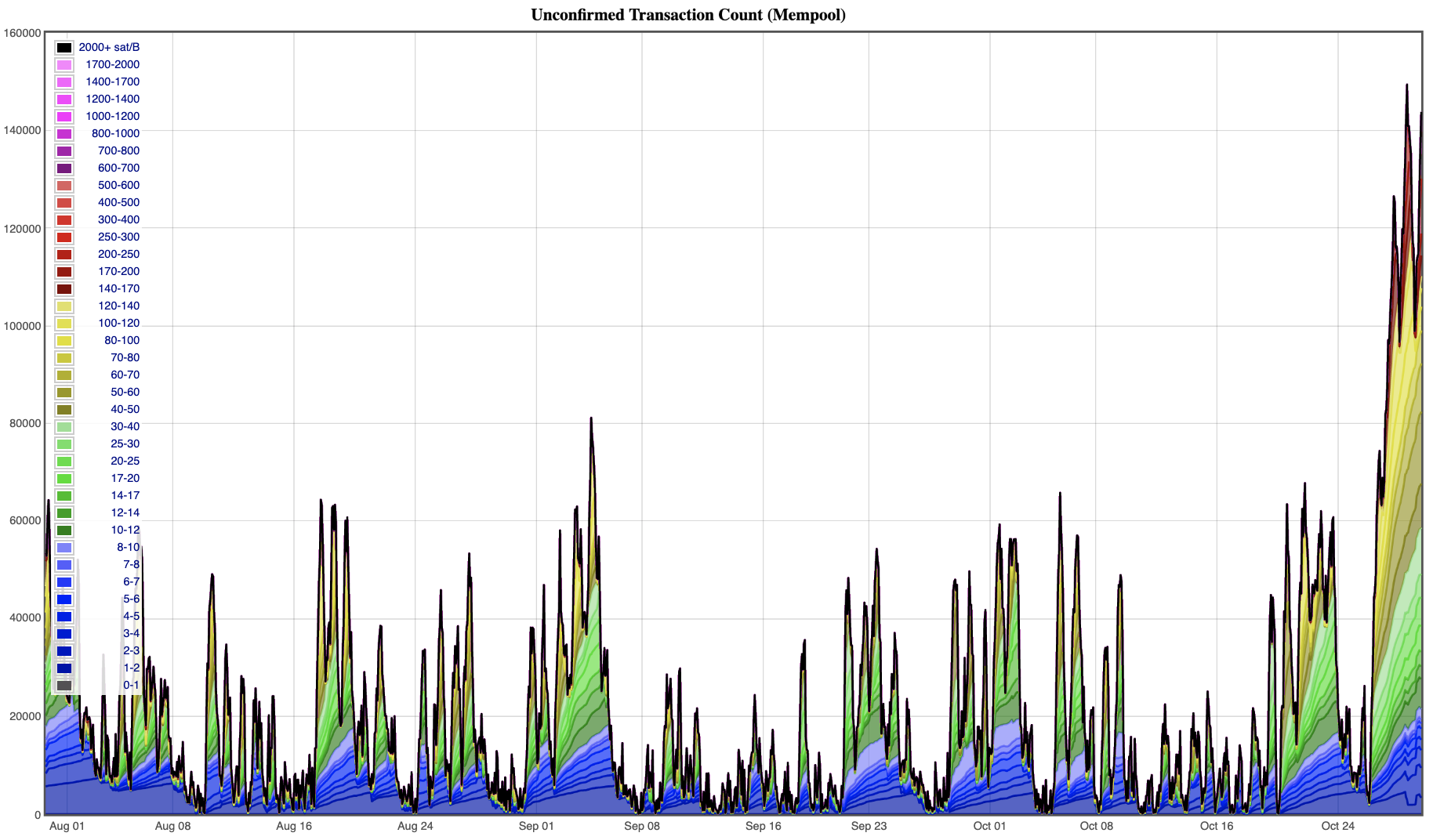