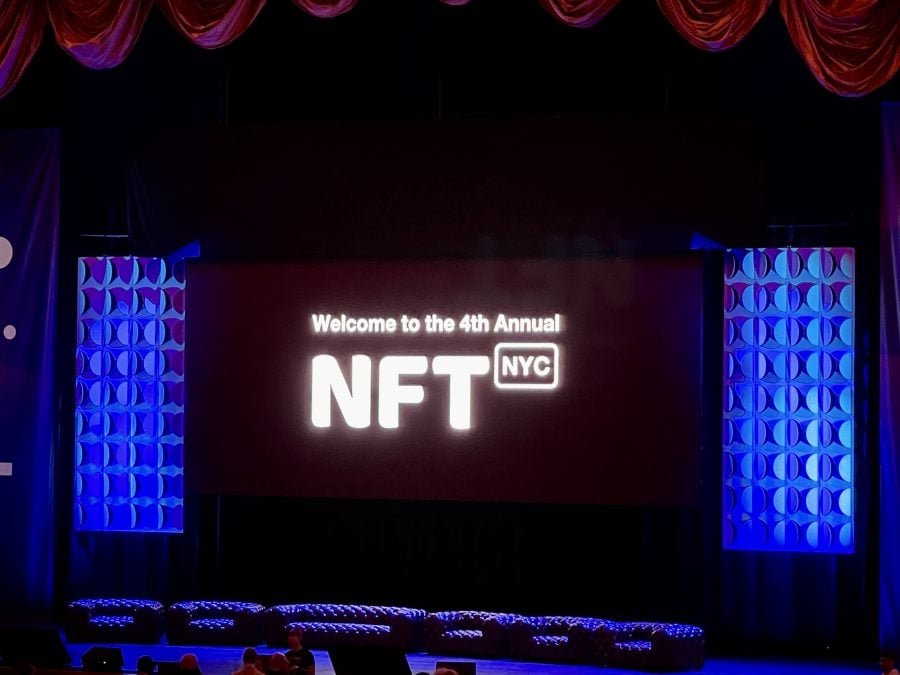 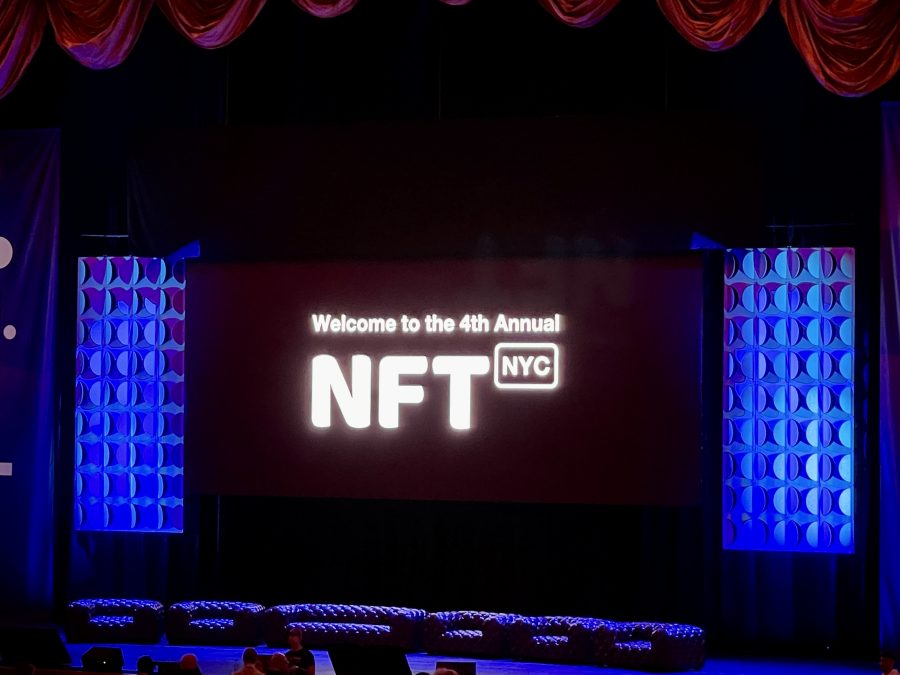 The signs of NFT NYC started happening well before the conference did.

For me, it first began with a guy on the plane out of Atlanta talking about NFTs to the woman beside him. Then, the day before the conference, I overheard two men discuss the metaverse over bagels and coffee.

Then, the conference began on June 21. What proceeded can be described in one word: excess.

Over 1,500 speakers took the stage over the course of three days, with lavish parties raucously punctuating each night. That’s not to mention the wide swath of New York City over which the talks, events, and parties took place.

Although many of the actual conference events drew a paltry attendance, the party scene did not. And hardly anyone mentioned the bear market.

NFT NYC officially began with the founder’s welcome at Radio City Music Hall, in which MoonPay’s CEO Ivan Soto-Wright announced HyperMint, the utility token minting service for brands and creators (although MoonPay had given the news to The Block before anyone else.) 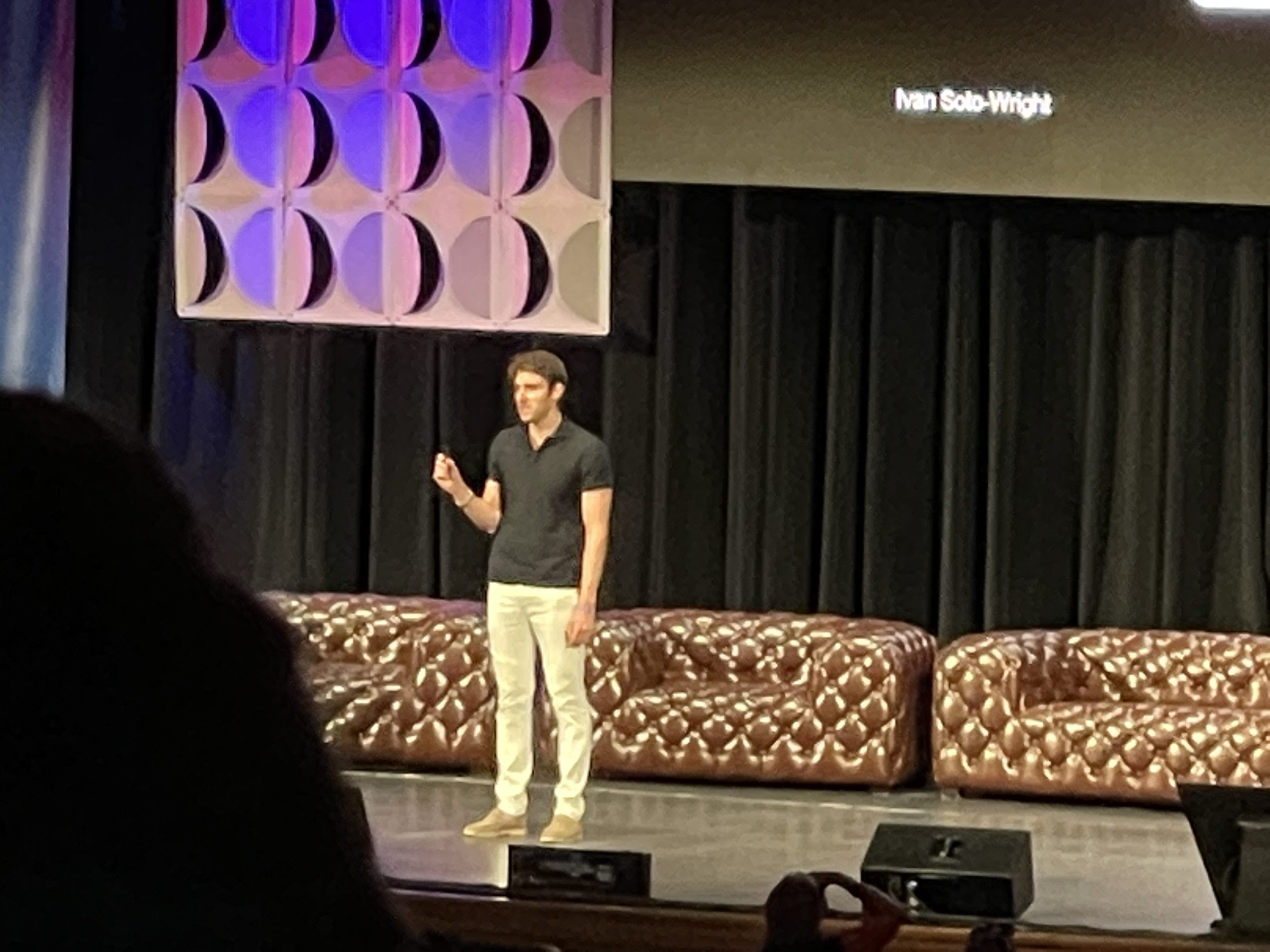 Ivan Soto-Wright speaking from the Radio City Music Hall at the Founder’s Welcome event at NFT NYC on June 21, 2022.

Following Soto-Wright was TicketMaster’s Vice President of Enterprise and Revenue Brendan Lynch discussing the utilities of NFTs for the ticketing industry. Film director Spike Lee arrived a couple of hours later to discuss how NFTs can democratize film funding.

While these main stage talks held ample attention, other talks I attended saw lackluster attendance and audience participation. On more than one occasion, speakers asked the audience how it was doing only to receive a limp response.

It became evident early on during the conference that many attendees weren’t there to attend the informational panels. Instead, networking and parties took precedent. Midtown warehouses with neon-lit exposed brick walls bumped with bassy music, and black-clad wait staff carried trays of drinks and finger foods between throngs of people.

They are gonna make it?

Something that stood out was how little discussion at NFT NYC included the bear market. The decline in NFT prices, a part of the broader crypto bear market, was an afterthought.

When The Block asked attendees about their bear market strategies, many gave the same answer: keep holding their assets, keep building and wait for crypto summer to return.

That’s to be expected, perhaps. One of the core mantras of crypto is the saying “we’re gonna make it,” shortened to WAGMI. With so much of crypto culture happening online, it makes sense that attendees would rather ignore the Twitter threads and simply wish to enjoy being in a shared space with other NFT-enthusiasts.

Still, at nearly every party or conference talk, the bear in the room went undiscussed. There were also lots of reminders that venture capital funding is still plentiful.

Ultimately, NFT NYC felt like a full-throated attempt to make the case that things in the NFT world are still good despite the market conditions. Then again, crypto winter has only just begun.