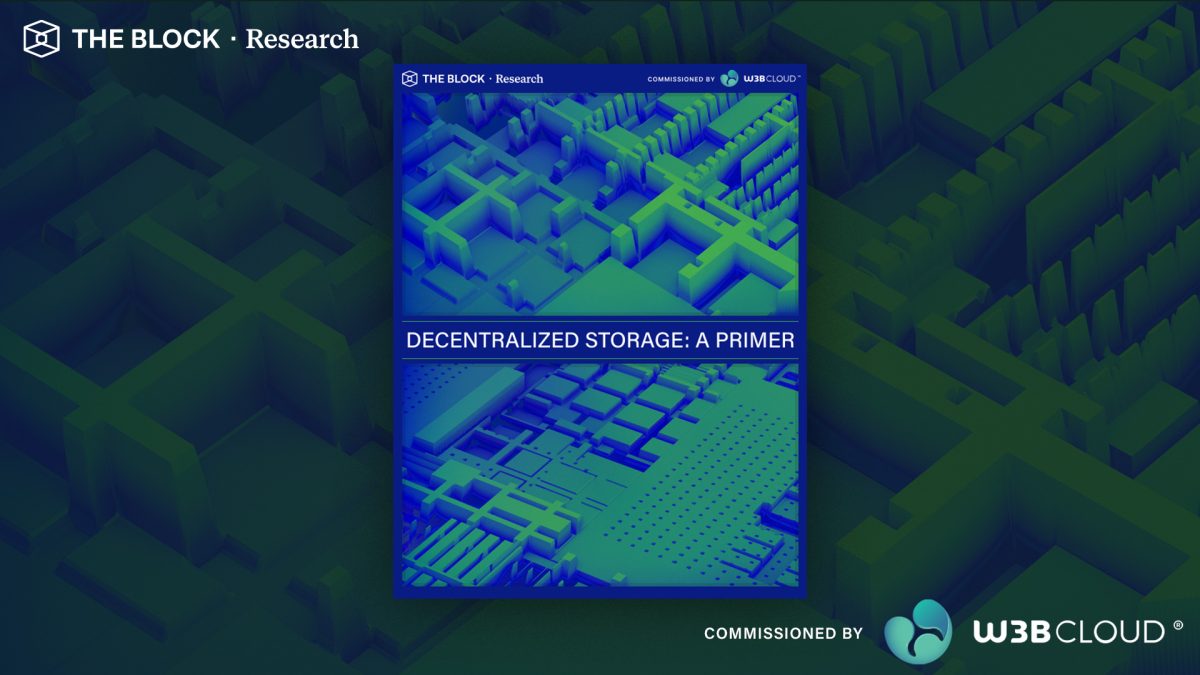 The Block Research was commissioned by W3BCLOUD to create “Decentralized Storage: A Primer”. To access the full report in PDF format, please fill out the form below:

Digital storage has come a long way since the early 1900s.

Back then, we used punched cards to store and represent digital information – stiff paper with information represented by the presence or absence of holes.

Flash forward a century – the world of digital storage has evolved from local offline storage to global online storage, with the rise of cloud storage services like Amazon S3 in 2006.

However, despite the increasing pace at which revolutionary developments have been achieved in storage technology, there hasn’t been a major revolution since the advent of centralized cloud storage.

Now, we may be at the dawn of the next big thing. In the past decade, we have witnessed the rise of blockchain-enabled decentralized storage networks, a kind of cooperative cloud storage.

Leading this potential storage revolution are the InterPlanetary File System (IPFS) and Filecoin, with other prominent protocols like Sia, Storj, and Arweave also making waves.

These protocols were inspired by the rise of Bitcoin, which itself was born out of the turmoil of the 2008 financial crisis. People’s distrust in banks and their role in the financial system grew as they watched the house of cards come tumbling down.

Like Bitcoin, the total addressable market (TAM) for this new kind of cloud storage is huge – potentially several trillions of dollars.

Storing the planet’s most important data in cooperative cloud storage instead of centralized cloud storage is both a mission for the public good and an opportunity to capitalize on multibillion-dollar markets.

The web3 community faces a massive opportunity to seize value by developing and deploying apps in this new storage space. And if there’s going to be a seismic shift in how we store our data, it will be important for people to understand the transformation in computing happening behind the scenes.

To this end, we offer a primer to understand the nascent decentralized storage industry – its core technologies, economic systems, and ecosystem developments.

Hiro joined The Block Research in August 2021, where he specializes in web3 infrastructure and tooling. Before The Block, he worked as an academic researcher and technology consultant. He is an expert on human decision making (PhD Cog/Behav Sci, UChicago/Booth). Learn more at his Twitter: @blockhiro