A weekly report on some of the biggest moves in crypto markets, with commentary from industry experts.
October 2, 2022, 8:36AM EDT
Markets
Venture Capital • September 21, 2022, 5:42AM EDT 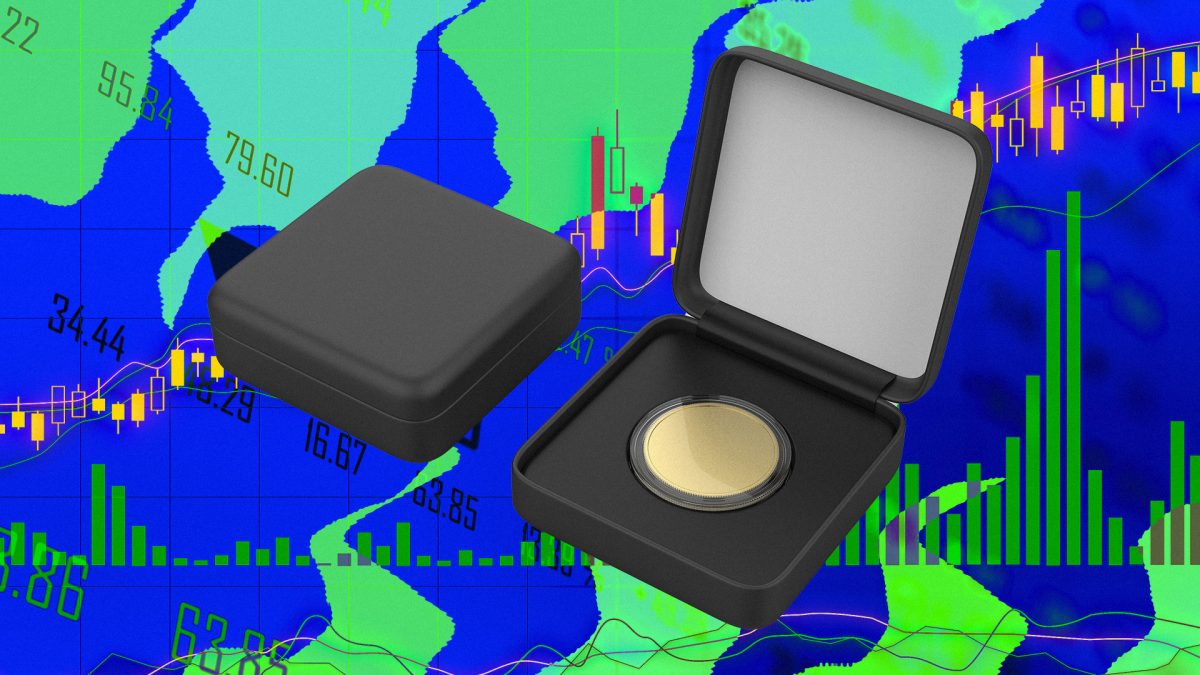 While private token sales were all the rage during the crypto bull market of 2021, a growing number of crypto startups are now offering both equity and tokens to potential backers.

This novel, hybrid fundraising structure has risen to prominence amid a combination of mounting fears over how regulators will treat tokens and a prolonged crypto bear market.

“Most web3 startups that are in the market for raising capital are opting for an equity plus token approach,” says Jon Russell, a partner at Crypto.com’s venture arm.

The recent $300 million fundraise by Mysten Labs, creator of the still unlaunched blockchain Sui, is a prime example. Investors in the round, led by Sam Bankman-Fried’s FTX Ventures, received equity in San Francisco-based Mysten Labs as well as token warrants — meaning they will be able to claim a portion of Sui’s native tokens, which will begin trading when the blockchain launches publicly. Derivatives exchange dYdX used a strikingly similar structure when it raised $65 million in June last year, according to one person close to the deal.

While data on the use of this equity plus warrants structure is scant, in part because founders are often reluctant to reveal the minutiae of their fundraising, half a dozen venture capitalists and lawyers approached by The Block confirmed that hybrid deals are very much en vogue.

“We’ve been seeing that trend away from SAFTs (Simple Agreements for Future Tokens), away from pure token sales, and towards a combination of equity and token sales,” Hagen Rooke, a partner at the law firm Reed Smith, told The Block.

The chief reason for the shift, according to Rooke, is the menace of U.S. regulation and prevailing uncertainty around what type of token might qualify as a security. If a token is used for fundraising purposes, it may fail the Howey Test — U.S. regulators’ method of determining what constitutes a security.

To get around this, crypto venture capitalists and startups alike increasingly favor a SAFE (Simple Agreement for Future Equity) agreement with token warrants bolted on. The tokens are, in effect, granted on a nominal basis and aren’t attributed any value.

The reality, though, is that investors see tokens — typically the operating currency of whatever platform their chosen startup is developing — as a “significant sweetener” in any deal, Rooke adds.

While they may indeed have a function, crypto is littered with examples of tokens attached to a particular outfit ballooning in price as the project’s momentum grows.

For example, AVAX, the native token of the Avalanche blockchain, debuted at around $5 in September 2020, according to CoinGecko data. It had soared to $135 by November last year during a bull market for crypto and DeFi, netting spectacular gains for holders. Total value locked (TVL) — a measure of DeFi activity — on the Avalanche blockchain peaked around the same time at nearly $14 billion, according to The Block Research’s data.

But tokens are also liable to sudden collapses. This year, AVAX has cratered to around $17 as Avalanche’s TVL dipped beneath $2 billion. The wider crypto market has boomed and gone bust in much the same pattern.

Some venture players, therefore, see the rise of hybrid fundraises as a bear market phenomenon.

“Token deals are closing more slowly because there’s not enough demand in the market currently as capital allocators closely observe macro direction. If the market has more liquidity and the macro is better, deals will get done,” says Cere Network founder Kenzi Wang, who recently launched a $50 million web3 fund.

Wang recalls a similar retreat to equity taking place during the bear market of 2019. “SAFTs came back once the bull market returned. SAFTs are not dead yet,” he says.

The prevailing bear market has also hit crypto startups’ ability to raise funds period — irrespective of the structure. Venture funding in the sector dropped about 22% in the second quarter, according to The Block Research’s data.

Simultaneously, there are some projects that have raised successfully, yet are reluctant to bring their tokens to market, according to Rich Rosenblum, co-founder and president of GSR, the crypto market maker.

“Fear of regulatory scrutiny is likely reducing the number of new token projects, but the bigger factor is that it is harder to find funding today, and those that do find funding don’t have as rosy expectations of their tokens’ performance, so they are slower to list their tokens,” he says, adding that there are still a lot of new token-based projects seeking funding.

Their hesitancy is on display even in the language of fundraising announcements. On Sept. 7, Fuel Labs announced “$80 million of support” for its modular execution layer project in a blog post. That seemed an almost farcical refusal to call a fundraise a fundraise. The startup did not specify further details of the deal, such as what valuation it placed on the project, or how it was structured. A spokesperson for the firm said at the time that Fuel Labs has no headquarters.

With such uncertainty surrounding both the price and timing of token launches, it is little wonder that venture capitalists want equity to hang their hats on. Rohan Pujara, a principal at Valhalla Ventures, says he hasn’t even looked at a SAFT agreement in months.

For investors, getting equity as well as tokens is not simply a question of capturing value — it’s also about control. While governance tokens may give holders a degree of influence over a project, there are limits within what, after all, are supposed to be decentralized ecosystems. Archaic demands such as board seats and pre-emption rights are unlikely to go far. For equity holders, it’s a different story.

“Investors quite like the dual approach because it just gives them additional leeway to request additional rights,” says Reed Smith’s Rooke. That may irk diehard crypto types who believe in “the purity of token issuances,” Rooke admits. He still encounters the odd project dead-set on issuing only tokens. In general, though, the hybrid approach is winning out and is, in his view, “becoming quite customary.”

A by-product of this fundraising trend is that startups are splitting their operations both functionally and by geography.

“Are SAFTs dead? In their 2018 format yes, but they have evolved into token purchase agreements that are typically in the jurisdiction of the offshore issuing entity,” says Josh Goodbody, COO at Qredo, the cross-chain protocol that raised $80 million in February.

Startups that sell equity and token warrants tend to place the bulk of their operations, staff, and intellectual property under the control of a company registered in a well-known business hub. Then they use a separate entity in an offshore jurisdiction — the British Virgin Islands (BVI) has proven popular — to issue utility tokens.

Currently, there is no crypto-specific regulatory framework in the BVI to which token issuers must adhere. That is about to change. In early September, the tiny Caribbean territory published a proposed Virtual Asset Service Providers Act 2022 for consultation, which if passed will force crypto startups to comply with new anti-money laundering and counter-terrorist financing standards by Dec. 1.

Rooke says crypto startups are scrambling to discern what the proposed rules mean for fundraising, but that while the wording is “slightly unclear,” private token sales are probably in the clear.

That may also mean that the hybrid round, for the time being, is here to stay.

To hear more on this topic, listen to the latest edition of The Scoop with CoinShares chief strategy officer Meltem Demirors and Aglaé Ventures managing partner Vanessa Grellet.