Crypto gaming is struggling to gain traction, and at least one person believes the world’s biggest company is partially to blame or at the very least isn’t helping.

Owen O'Donoghue, who spent more than a decade working in Facebook’s (now Meta) gaming division and is on the verge of launching his own crypto-based game, said Apple’s strict App Store rules, which prohibit a large degree of functionality and takes a 30% cut of all in-app transactions, is a major impediment to the wider adoption of blockchain games.

“A lot of games out there today … would not comply with the App Store and they are unable to really scale,”  O'Donoghue said. Although there have been some improvements in Apple’s policies according to the former Facebook executive, they nonetheless are holding the industry back as iOS users are essentially sealed off from playing mobile games that incorporate dynamic use of digital assets like NFTs.

Many industry leaders see gaming as key to unlocking web3’s potential and attracting a large number of mainstream consumers, especially with the crypto world grappling with falling prices and a tarnished reputation. But the crypto gaming space is limited to Android users and failing to carve out a significant portion of the estimated $153 billion mobile gaming market. Much of that revenue is made up of iPhone user consumption. 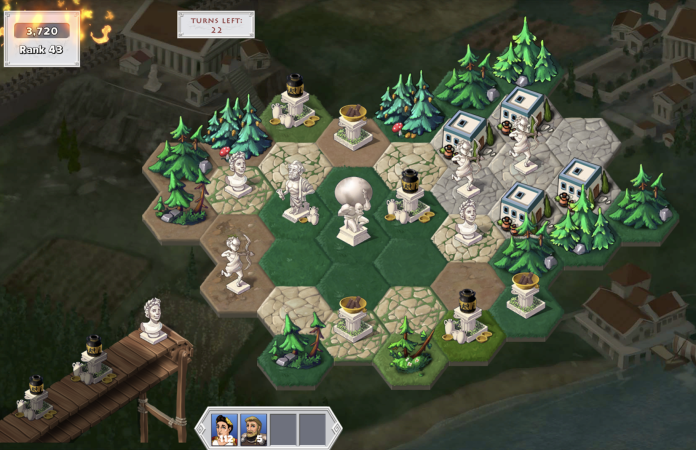 Although O'Donoghue is upbeat that the world’s most powerful tech company will eventually come around and his new gaming ecosystem InfiniGods will be compliant, he believes that without change the market will remain handicapped. So far this year nearly $4 billion has been invested in web3 gaming studios and games, according to The Block Research.

And yet blockchain games still only attract about one million daily users, O'Donoghue said. That compares to the 2.7 billion mobile gamers worldwide last year.

The blockchain gaming market is “absolutely tiny,” he said.

Apple recently updated its rules in October and prohibited apps from using NFTs that include “buttons, external links or other calls to action that direct customers to purchasing mechanisms other than in-app purchase.”

The company’s NFT policy is also causing problems for exchanges like Coinbase. Earlier this month, Coinbase said Apple blocked a wallet update due to the exchange’s inclusion of a feature that allows users to send NFTs.

Apple wants “30 percent of the gas fees as well which is not even technically possible or feasible, nor does it make any sense,” said Caleb Smith, InfiniGods’ chief strategy officer.

The InfiniGods’ gaming ecosystem is expected to launch later this week with its first title InfiniMerge, a puzzle game where users can enhance gameplay with NFTs. The company’s plan is to begin with a mobile browser version before eventually launching an Android, and hopefully, iOS version.