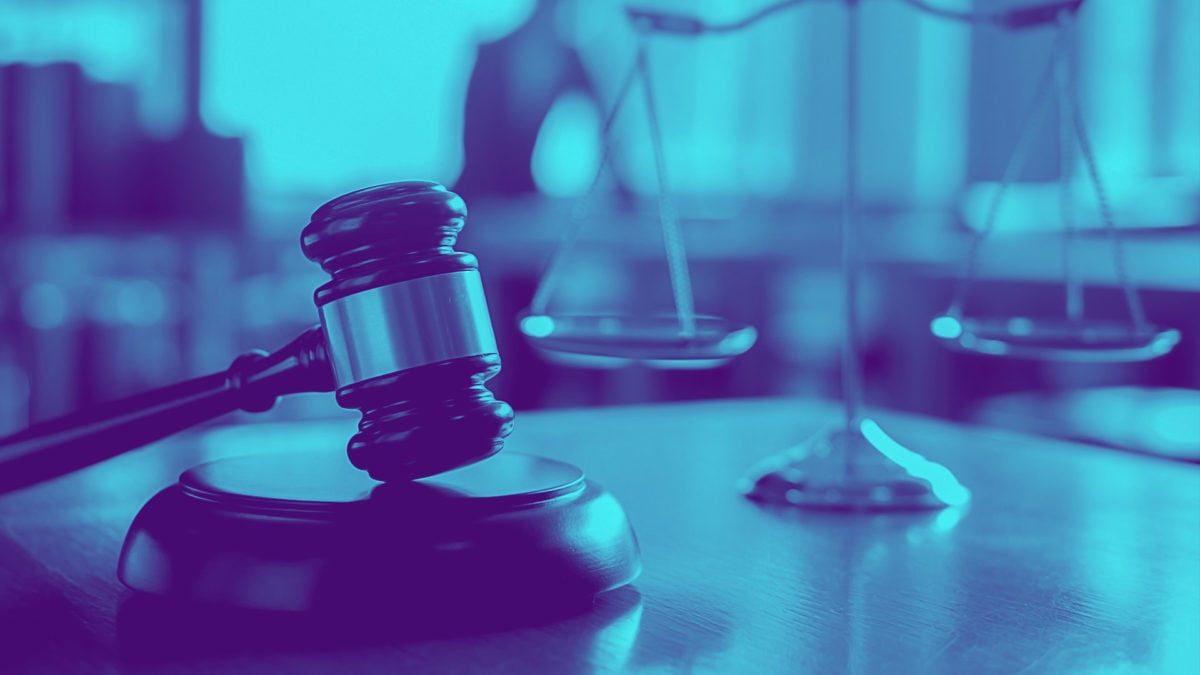 Sam Bankman-Fried used to work out of Sullivan & Cromwell’s office in New York City. Now, the law firm is facing scrutiny over whether it can investigate FTX, the disgraced former billionaire’s crypto empire.

A bankruptcy court judge will hear arguments on Friday about whether the white-shoe law firm was too close to the troubled crypto exchange before it imploded.

The U.S. Trustee overseeing the FTX bankruptcy proceedings filed an objection to Sullivan & Cromwell — along with two other firms — serving as counsel to the FTX debtors. A pair of FTX customers with money stuck on the frozen exchange also have objected to the law firm’s role. Plus, a group of U.S. senators is raising their own questions.

“In the most flagrant attempt by a fox to guard a henhouse in recent memory, Sullivan & Cromwell has applied to be appointed the FTX Group’s bankruptcy counsel,” Warren Winter, an FTX customer who has $350,000 on the platform, wrote in a court filing objecting to the appointment. Richard Brummond, another FTX customer, also objected.

“Sullivan & Cromwell is not only an inappropriate candidate for appointment as the FTX Group’s bankruptcy counsel — it is a target for investigation with its own potential liability. Its appointment as counsel would endanger the estate and create a rigged game, undermining creditors’ and the public’s faith in the bankruptcy process,” Winter added.

But FTX CEO John Ray, who took the helm of the company in November, argued in court filings that knocking Sullivan & Cromwell off the case could “severely” or “irreparably” harm efforts to get money back to creditors and customers.

“The advisers working at my direction have worked tirelessly and nonstop for the last 70 days to take control over what can only be described as a ‘dumpster fire’ in order to stop assets from being depleted and to take action to realize value related to the debtors’ assets. The advisers are not the villains in these cases,” Ray said in a court declaration.

The FTX debtors slammed Winter and Brummond’s objections as “baseless” and part of a “fishing expedition.” The official committee of unsecured creditors in the FTX case has filed its own statement supporting Sullivan & Cromwell’s role in the bankruptcy.

“When I would visit NYC, I would sometimes work out of S&C’s office,” Bankman-Fried said. The FTX founder is facing criminal fraud charges in a separate case, and has been critical of Ray in the press. He reposted a Twitter thread on Thursday that raised questions about Ray and Sullivan & Cromwell. 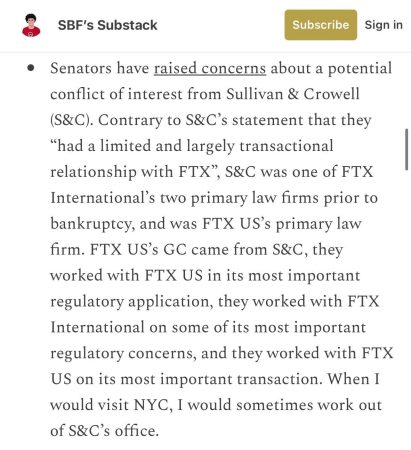 Winter, the customer objecting to the law firm’s role in the case, noted links between FTX General Counsel Ryne Miller and Sullivan & Cromwell in his court filing. Miller was a partner at Sullivan & Cromwell from January 2019 to July 2021, and he worked as an associate at the firm for several years before being made a partner.

Text messages from before FTX filed for bankruptcy, which appeared in Bankman-Fried’s leaked congressional testimony, show that Miller told other FTX leaders “I’m in charge now” and directed them to wire Sullivan & Cromwell a $4 million retainer.

Objectors took issue with the fact that Sullivan & Cromwell did not initially disclose its relationships with Miller or Tim Wilson, an FTX lawyer and former Sullivan & Cromwell associate. Miller did not respond to a request for comment. He is still employed by West Realm Shires, the parent company of FTX’s U.S. operation, but “has no day-to-day responsibilities,” Ray said in a court filing.

Sullivan & Cromwell’s initial disclosures were “highly inadequate,” Juliet Sarkessian, the lawyer for the U.S. Trustee, wrote in an email to Sullivan & Cromwell lawyers. The email correspondence was included in a court filing this week. Sarkessian, who did not respond to a request for comment, has asked a judge to appoint an examiner in the case. The request will be considered at a hearing in February.

Dan Friedberg, who previously served as chief compliance offer for FTX US and chief regulatory offer of FTX International, joined Warren's objection in a court filing on Thursday afternoon. Friedberg claimed he had "several disturbing interactions" with Sullivan & Cromwell after FTX filed for bankruptcy protection.

At the heart of the Sullivan & Cromwell controversy is whether the law firm can adequately investigate the FTX collapse on behalf of the debtors since the firm was advising the exchange before it collapsed.

“What the U.S. Trustee has criticized Sullivan & Cromwell for is failing to make adequate disclosures about the nature of previous work that Sullivan & Cromwell has done,” said Alex More, a partner at Carrington, Coleman, Sloman & Blumenthal who focuses on digital assets. “They're alleging that Sullivan & Cromwell had a closer relationship with insiders at FTX, including SBF, than what they've disclosed … and that calls into question their impartiality when it comes to representing the bankruptcy estate.”

“Will the firm’s lawyers be able to effectively investigate their current and former partners who were central in FTX’s conduct? Additionally, given their longstanding legal work for FTX, they may well bear a measure of responsibility for the damage wrecked on the company’s victims,” the senators wrote in a recent letter urging the bankruptcy court judge to appoint an examiner in the FTX case.

“Put bluntly, the firm is simply not in a position to uncover the information needed to ensure confidence in any investigation or findings,” the lawmakers continued. Judge John Dorsey called the letter “an inappropriate ex-parte communication” during a recent hearing and said it would not impact his decision.

The FTX debtors, meanwhile, say plans to prevent a conflict of interest are already in place. Sullivan & Cromwell has told Ray, the new CEO, that the law firm will not investigate claims against itself or its former employees. Instead, the law firm Quinn Emanuel Urquhart & Sullivan will handle those issues.

“This case is now about the Debtors marshaling assets and prosecuting avoidance actions and other litigation to recover assets and monies for customers and stakeholders,” Ray said in his declaration. “Much work is to be done in this stage of the case and it is time to allow professionals to be properly retained to go about their work to repair the damage done.”