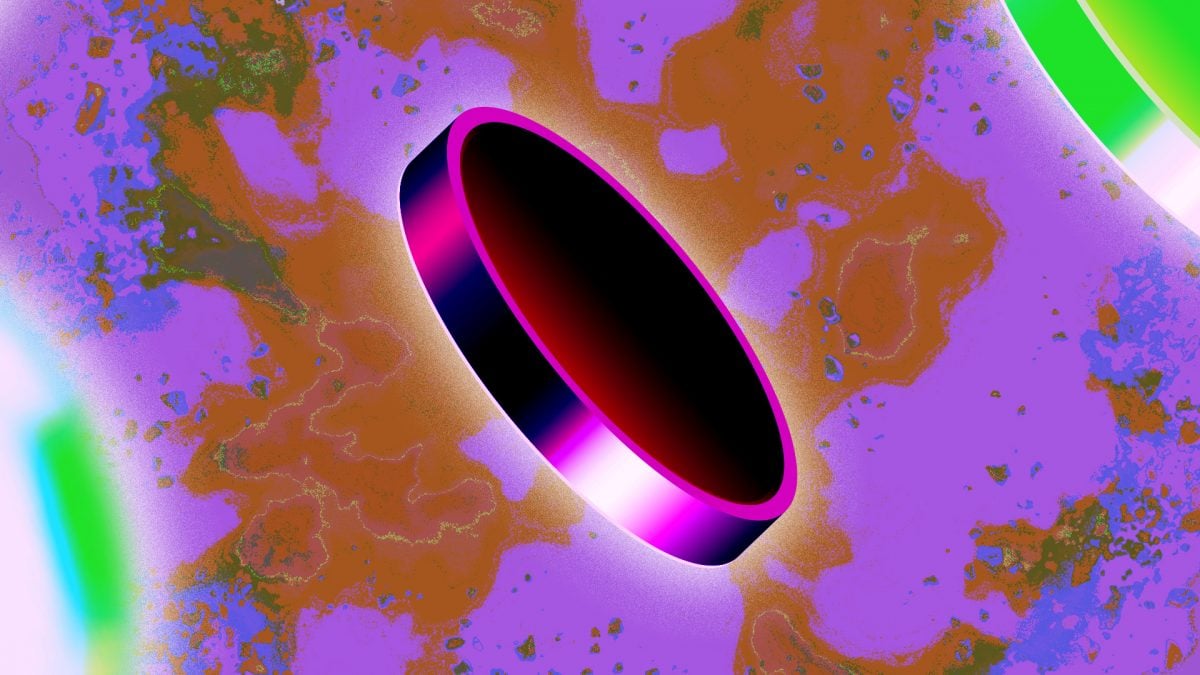 The price of algorithmic stablecoin UST fell to a new low on Monday amid continued volatility in the broader cryptocurrency market.

According to market data from Binance, which hosts the most voluminous market pair for UST against USDT, the stablecoin hit a low of $0.9202.

The price has since regained some ground and is trading at $0.948, market data shows. UST had begun to lose renewed ground against the dollar earlier Monday, as The Block reported. 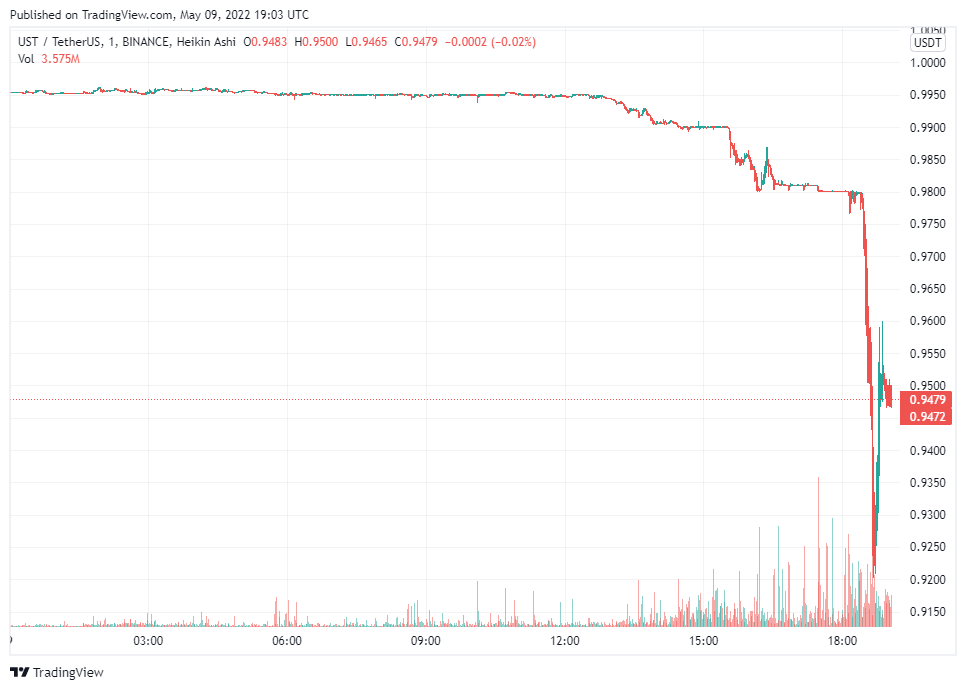 The tumultuous period kicked off on Saturday, triggered by a series of market events that led UST to struggle to hold parity against the dollar. An algorithmic stablecoin, UST utilizes market incentives in order to maintain its $1 peg.

Monday's fall is significant as it represents a new market low for UST, which fell to $0.96 in May 2021 amid "extreme volatility," as the Terra team said at the time.

The development came hours after the Luna Foundation Guard, a Singapore-based nonprofit intended to support both Terra-based stablecoins and the broader ecosystem around that network, announced a plan to lend $1.5 billion worth of bitcoin and UST to third-party trading firms, with the intention of providing support for UST's peg.

The moves also come amid broader volatility in the crypto market. Bitcoin's price fell to a low of $30,311 .99, building on an earlier decline that began Monday, as reported by The Block. Bitcoin is currently trading hands at approximately $30,670 on Coinbase, according to TradingView data.

Equities are also seeing declines, with the Nasdaq Composite down roughly 3.5% as of press time.