Ripple reported $32.55 million in over-the-counter sales of the XRP digital asset on Monday for the second quarter of 2020.

That figure represents an increase from the roughly $2 million reported in Q1 of this year. Ripple has continued its pause on programmatic sale, a policy it began starting in the fourth quarter of 2019.

As shown in the graph below, the Q2 figures represent an increase compared to the past two quarters, with Ripple selling about $13 million via OTC in the last quarter of 2019. 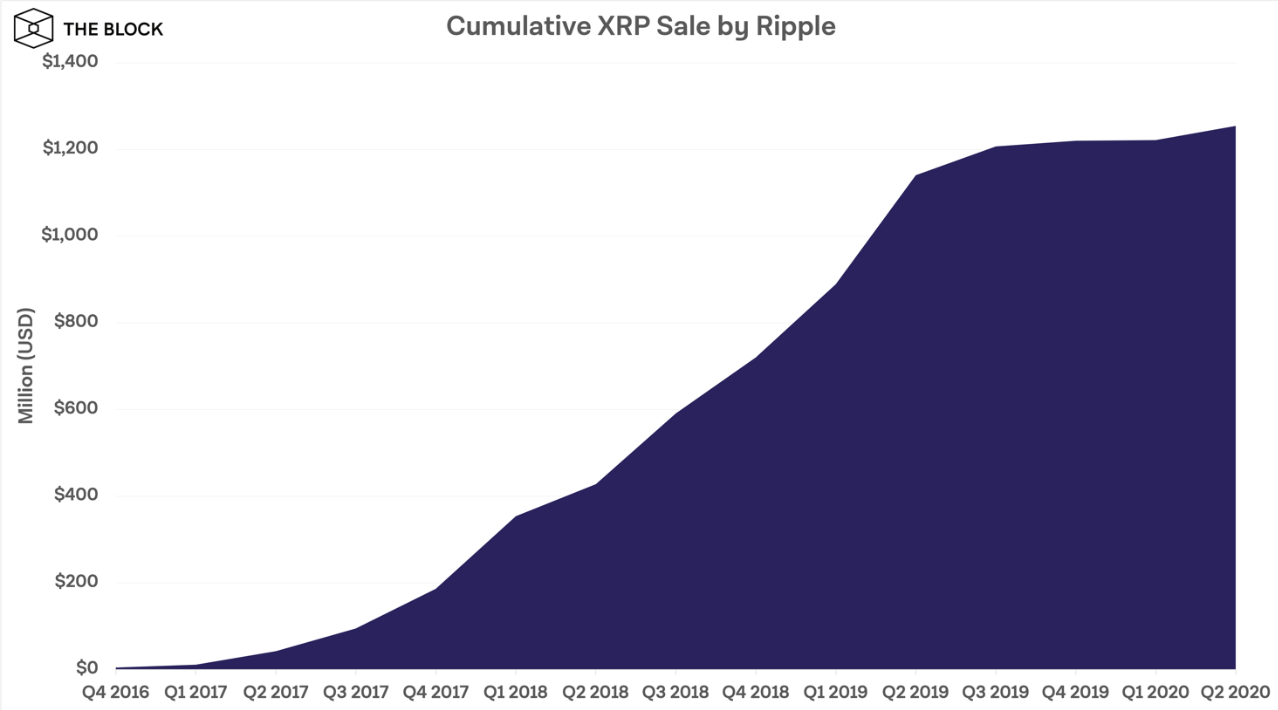 According to the report, Ripple has been buying XRP on the secondary market, though it did not provide figures related to those activities. The distributed ledger company noted in its release that "a healthy, orderly XRP market is required to minimize cost and risk for customers, and Ripple plays a responsible role in the liquidity process."

"As more financial institutions leverage RippleNet’s ODL service, more liquidity is added into the XRP market. That said, Ripple has been a buyer in the secondary market and may continue to undertake purchases in the future at market prices," the firm continued, explaining in a footnote that such purchases are facilitated via its XRP II, LLC subsidiary, which is registered with FinCEN and holds a New York BitLicense.

As reported last week by The Block, Ripple paid MoneyGram $15.1 million in XRP in incentives as part of an ongoing partnership between the two firms.